Emancipate Yourself From Mental Slavery 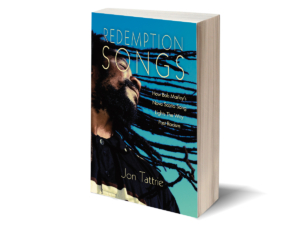 Fifteen thousand Germans roar at the dark stage. Bob Marley and the Wailers had just ripped up the night with a sixty-minute set before ending with a drum-heavy take on “Exodus.” Marley left with a wave. The dancers rhythmed off stage. The drummer departed with the bass and guitar players. The stage sat in black silence for three minutes.

The crowd wants more, hollering skyward, pleading with the reggae star to light the darkness again. In the summer of 1980, a generation removed from the Second World War, a half-generation before German reunification, the Dortmund, West Germany, crowd sounds like a jet engine begging for one more supernova from the dying star.

Marley’s Rasta “Yeah!” emerges from the black, bringing back the light. “This song is called, ‘The pirates yes they rob I, sold I to the merchant ships,’” Marley says.

The singer stands alone under two spotlights, strumming his guitar and singing quietly. The simple acoustic song stands in sharp contrast to the heaving reggae set that preceded it. Lighters spark up over the darkened crowd.

“Won’t you help to sing another song of freedom?” Marley asks.

A strap breaks and the guitar falls. Marley stops singing. He speaks the next line, tapping on his sweat-covered forehead, flipping back his dreadlocks like a lion’s mane. “Emancipate yourself from mental slavery,” he says. “None but ourselves can free our minds.”

He closes his eyes as a thick dread overlays his face. He throws his hair back like he’s generating energy. He asks again, “Won’t you help to sing another song of freedom?”

The band returns as Marley dances. He’s the oldest thirty-six-year-old who ever lived.

“Redemption Song” is the last song on the last album Marley ever recorded. A year later, weeks before the cancer took him, it would become one of the last songs he ever sang.

Johnny Cash covered “Redemption Song.” So did Bob Geldof, Jackson Browne, Stevie Wonder and Rihanna. Alicia Keys sang it when Nelson Mandela died. U2’s Bono carried its words in his pocket every time he met with a president or prime minister. Bono called it a prophetic utterance or, in the words of Marley, a small axe that could fell the big tree.

“Redemption Song” is one of the greatest hymns composed by humanity. And it was born in Nova Scotia.