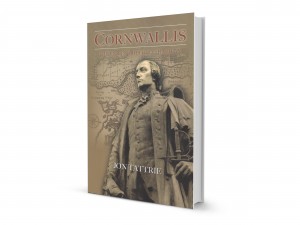 This, the first biography of Edward Cornwallis, the 18th-century military figure whose reputation has faded into a street name here and there, was triggered by a modern-day ad campaign that accidentally referenced Cornwallis’s rough treatment of the Mi’kmaq—specifically, that Cornwallis had offered a bounty on their scalps, an edict considered racist and inhumane by today’s standards. But can the present judge the past? That’s the question this book tries to answer as it connects the dots of Cornwallis’s biography.

Journalist Jon Tattrie has researched and re-imagined Cornwallis’ story, even to including characters’ thoughts and conversations. As such, it borders on historical fiction, but the format does keep the text lively.

In some ways, the prologue and epilogue are the most fascinating, as they explain how this man suddenly became front page news, more than 200 years after his death, and measure what his new legacy might be.