A breezy short story collection from a fresh Newfoundland voice 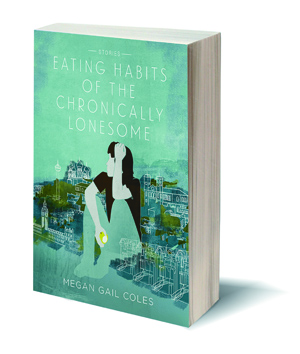 In her debut collection of short stories from Killick Press, Eating Habits of the Chronically Lonesome, author and playwright Megan Gail Coles writes on the “state of the soft heart.” Her characters are usually caught at the crossroads of their 30s, their lives a mess of confusion, dissatisfaction and heartbreak. It’s a breezy first book which shows a maturity beyond most first-time writers.

Coles convincingly conveys a variety of voices: the Nigerian immigrant working at Tim Hortons, the Russian housewife, the unhappily married gay man in a sham of a marriage. The overarching theme which ties them all together –in fact, many of these people are interconnected and inhabit the same world– is that her characters are fugitives from their own lives, moving in and out of Canada, Asia and Africa, constantly in search of new beginnings. But the book doesn’t get too bogged down in big picture kinds of stuff. The tone is pitch-perfect, appropriately restrained and conversational.

It’s no surprise that Coles has a background in theatre because Eating Habits of the Chronically Lonesome deserves to be heard and enjoyed with a crowd.  Having graduated from the National Theatre School of Canada and with a number of productions already under her belt, Coles is not your average newbie. She’s a serious talent who deserves to be mentioned alongside other young Newfoundland writers like Joel Thomas Hynes and Sarah Tilley. Her next book should be highly anticipated.