By the Book Columns Web exclusives , 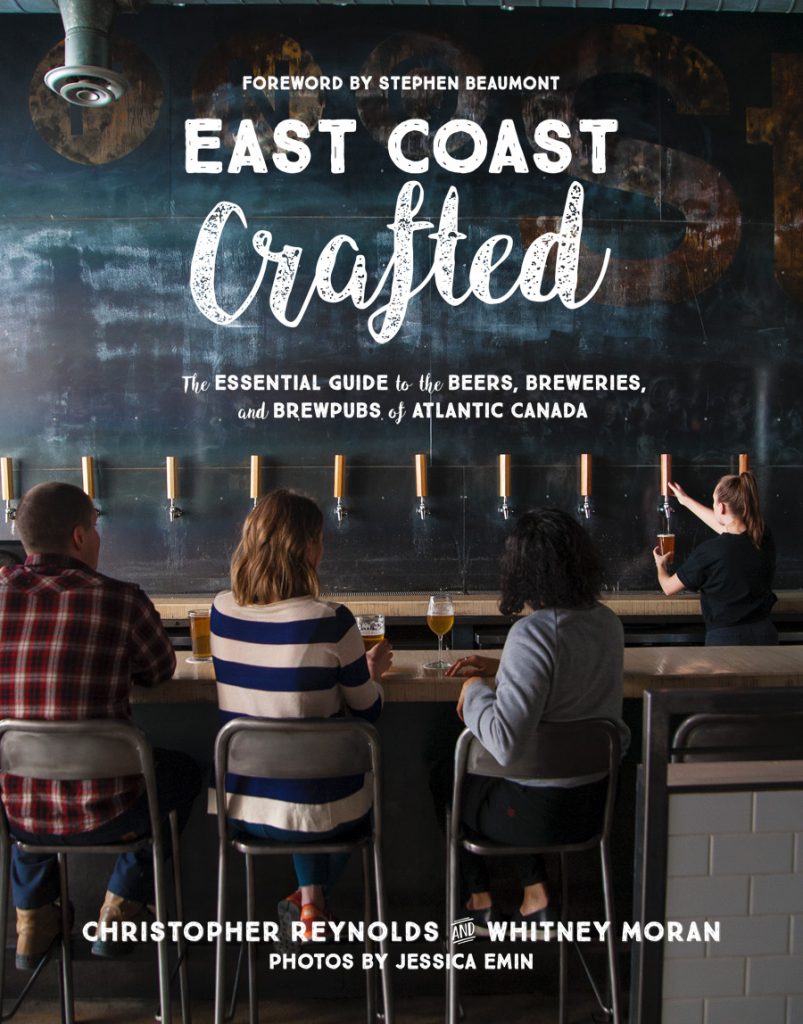 “The book is about Atlantic Canada’s brewing scene,” says Reynolds, a certified cicerone, beer judge and co-owner of Stilwell beer bar on Barrington Street in Halifax. “It is part guide book, part oral history or reference book, and, mostly, a snapshot in time celebrating the incredibly diverse and booming brewing business here on the East Coast.”

Moran, a freelance beer journalist for several Atlantic Canadian publications and a poet of note—including being shortlisted for the ARC Poetry Magazine Poem of the Year Award, is also an acquisitions and managing editor for the largest book publisher on the East Coast—Nimbus Publishing.

Reynolds also brought considerable writing experience to this project. He was a community newspaper reporter in Toronto, a former editor of Golf Canada Magazine, and a staff writer in New York City for Holmes Magazine. East Coast Crafted is the first book for both and took just under two years to complete.

Published by Nimbus Publishing, Halifax, East Coast Crafted is 392 pages in length, softcover, and available both online and in bookstores throughout the region.

East Coast Crafted includes more than 80 profiles, personal visits to nearly every brewery and the sampling of many dozens of beers. Both authors are “confident in saying that this is the most comprehensive story of Atlantic Canada’s craft beer industry ever produced.”

“For those interested in the multitude of stories behind the breweries, “ Moran continues, “the beers, and to want to get to know who is brewing and why, how we got here and where we’re headed, this book will more than satisfy your thirst for knowledge.”

The following is a brief passage shared by Whitney Moran from East Coast Crafted:

“When that latest wave of craft brewing started to really hit out west, in the US, and everywhere else, really, Atlantic Canadian beer drinkers—other than the beer geeks and homebrewers—remained blissfully unaware. But then something happened and things went from a crawl to a full-on sprint seemingly overnight, and we had (and have) one of the biggest economic and cultural booms of our lifetime on our hands…Sure, there’s alcohol in there, but there’s something even more enlivening, something that we’re not used to having when it comes to beer in Canada: choice. Choice, and quality.”

Linda Hersey was born and raised in Saint John, New Brunswick and now lives near Moncton. A freelance columnist and greeting card author, her articles, short stories and poetry have appeared in various Canadian and US magazines, periodicals and anthologies. She is also a three-time first place winner of the Salivan International Short Story Contest. Linda’s first book, Elsie! An Authorized Biography, was a top-ten national best seller in 1998. To date she has written seven books.