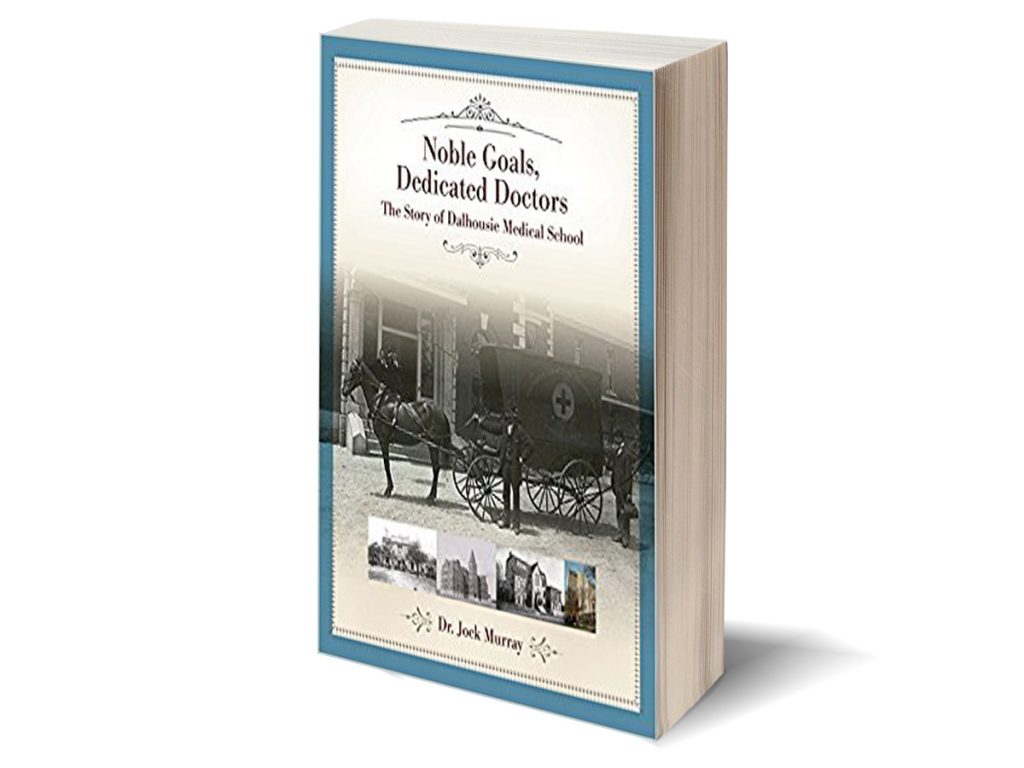 Writing a history of your own institution can be dicey, especially for someone who has played such a central role in its modern evolution. Who and what to include, who and what to exclude, and how much to tell about successes and stumbles was the fundamental challenge faced by former Dalhousie Medical School dean, Dr T Jock Murray, in producing an official history of his school to commemorate its 150-year legacy of service to Nova Scotians.

Dr Murray’s Noble Goals, Dedicated Doctors stands as a fine example of traditional education history, finely crafted and well researched, and embroidered with fascinating personal vignettes. Given the genre, one expects and encounters a glowing introductory tribute to the institution’s greatness delivered by the current dean, David Anderson. Digging deeper into the book, it quickly becomes clear that you are reading not only a faithful, meticulously detailed reconstruction of the Dalhousie Medical School story, but the definitive book on the subject.

The origins of the School are traced back to 1749 when Edward Cornwallis arrived with his 13 ships, carrying “a group of physicians, surgeons, midwives, nurses and medical supplies.” Those personnel would, a year later, establish our first small hospital, just outside the stockade gate.

We learn, once again, about the critical role played by Dr Charles Tupper, as Premier and member of the Dalhousie Board, in campaigning for the establishment of an accredited medical school. The author also does a very effective job explaining the gradual evolution of the school into a regional institution serving the entire Maritime region.

Readers familiar with the school’s recent history will be curious to see how Murray deals with the fall of the 2009 “bombshell” letter and the crisis precipitated by being put on probation for two years. Failing a dozen or more of the 132 standards of Canadian and American accrediting committees was no trifling matter and Murray, to his credit, provides a partial defence of what happened.

“Poor documentation” was regrettably a symptom of deeper problems. Dean Thomas Marrie acknowledged that the curriculum had not been revised for 20 years and that what was once cutting edge was no longer up to standard. It took 600 faculty members 11 months to update the curriculum and, only when the school cleared its record in November 2017 and secured an eight-year accreditation did the full story get publicly aired.

Dalhousie Medical School has fully recovered from the 2009 accreditation crisis and Murray’s history is sure to restore the full lustre to its reputation as a leading Canadian medical school.