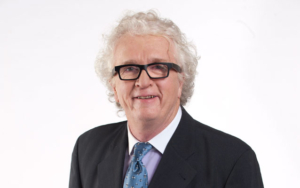 Don Connolly has hosted CBC’s Information Morning Nova Scotia for 40 years. He must have interviewed thousands of people during those decades. Quite a few of them have been authors, writing about all manner of things: history, politics, economics, art. Much of the work was focused, not surprisingly, right here in Nova Scotia. So when we asked him to name some of his favourite local  reads (books that are either by local authors or focused on local issues), he was quick with an informed and interesting response. Here’s what he said:

I read Highland Shepherd by Alan Wilson, a biography of James MacGregor, the father of the Scottish

enlightenment in Nova Scotia. If you are interested in the early European period of Nova Scotia, especially in East Nova Scotia, this is a wonderful book that is clear, readable and intelligent.

In a related development we go one county east (from Pictou to Antigonish) and move more than a century forward and go from Protestant to Catholic. The Canny Scot by Peter Ludlow has garnered much less attention than I think it deserves. It is the story of Archbishop James Morrison, who ran the little Vatican for an amazing period (1921-1950), a fascinating history of the period and place.

These choices come from someone who reads limited nonfiction and is a thoroughly deconsecrated Catholic. They deepened my understanding of the history of the province.