Colleen Jones on playing the shot in front of you 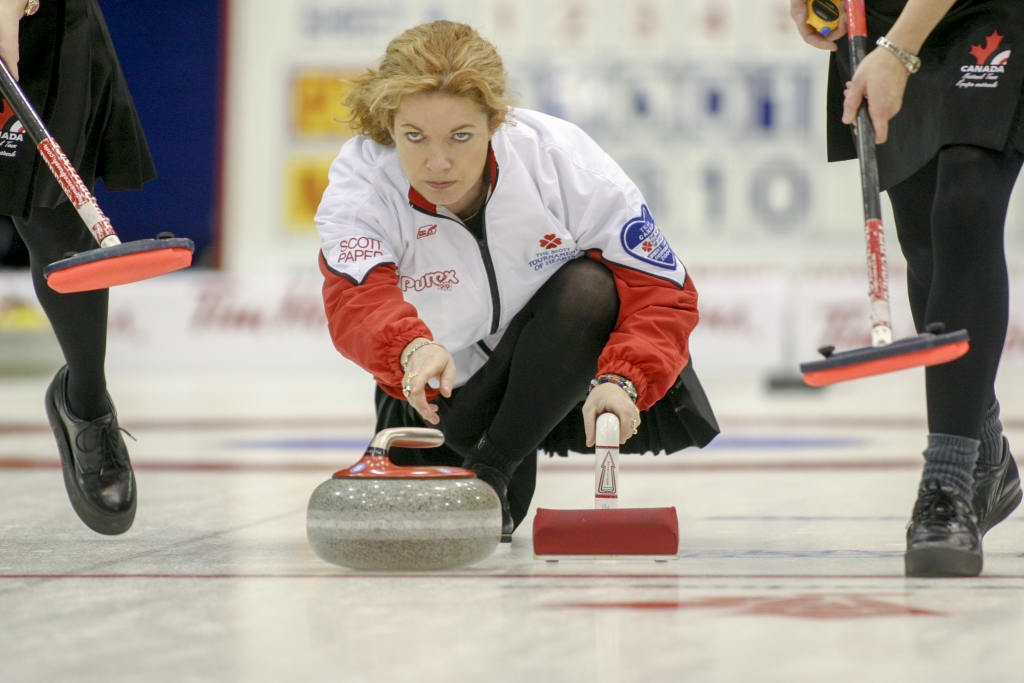 Colleen Jones is a household name in Canada. Well-known as a star curler, wife, mom and CBC radio and television reporter, she has appeared on the international stage as the skip of Canada’s world championship curling teams and as a commentator.

But what many people don’t know is her personal struggle with a serious illness that caused her to reassess her work-life balance.

Published in October, Jones’ memoir, Throwing Rocks at Houses: My life in and out of curling, is an intimate look at a woman who is driven to win and succeed at the ‘game of life.’

Sandra Phinney had the pleasure of asking Colleen Jones a few questions.

What prompted you to write your story?

I was curling at the 2013 Scotties and reporter Perry Lefko was on the media bench covering the event. He had done a newspaper article on my recovery from bacterial meningitis and brain surgery and my dream of getting back to the Scotties—the shrine of women’s curling. He told me, “You have a book in you,” [but] I was a reluctant story teller, so “Nah, not really.”  He kept at me and finally said, “At least let’s see if we can get a publisher on board.” Penguin Random House totally believed in the project and voilà, the book was born.

What were some of the challenges you encountered in the process?

I write every day in my job at CBC, but I’m writing television scripts of two minutes.  In that process, every word is dissected; you adopt a minimalist style because your time for the piece is short.  Also, working in TV, each story is over at the end of the night and the next morning you get up and dream of a new story to tell.

The book was different. It just kept going.  The idea of flushing out chapters and adding detail and depth was a new one to me.  Perry coaxed the stories out of me on Skype and got the structure of the chapter going and I worked on the chapters from there.  Once that was done, the manuscript headed to the editor at Penguin Random House, and he sent it back to me just like a professor—all marked up with thoughts and questions. Another editor went over that next draft with the same attention to detail and more questions and I did more fixes and changes. At times it felt like I was writing a whole new book—but it was so worth it.

Another challenge was synopsizing the chapter on bacterial meningitis and brain surgery and trying to recall all the things the doctors were saying to me and keeping it in layman’s terms.

The biggest challenge was the chapter on my father’s passing and my mother-in-law, because it was such a raw time in my life.  That chapter was probably rewritten five times.

What were the biggest satisfactions/rewards?

The biggest satisfaction was when the box arrived from Penguin, with the completed book. It was also a thrill that Roy MacGregor—one of my writing heroes—wrote the words on the cover. Made me cry.  The next big thrill was when my teammates and my family said they really enjoyed it.

In the first chapter you talk about having an epiphany due to your illness and the need to strive for balance and live in the now. Short of having a serious health scare or personal loss, what do you think it would take for people to really latch onto that way of living?

You just need to take a look at the book shelves loaded with books on mindfulness or happiness to see that the market knows people are searching for what can, for many, be an elusive thing—even though they probably have everything in their life already that matters.  But we are living in a world today where keeping up with the Joneses and now the Kardashians leave us feel wanting and lacking—rather than seeing our lives are wonderfully abundant.

The multi-tasking world is a recipe that leads directly to sleepwalking—because we aren’t present now, and thankful for what is. But if I can touch one person with this message—then mission accomplished.

We played a very simple style so well. Other teams played more aggressively but that wasn’t our style. I read the book The Art of War and that was one of the ancient philosophies–know yourself and know your opponent when going into battle.

Also we knew that we didn’t want to sacrifice our family for the sake of curling, so we knew to limit our travel schedule and work more at home with our coach, Ken Bagnell, on the mental side of our game and become mentally tougher.  We also totally believed in enjoying the journey, no matter the outcome. 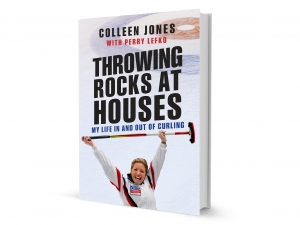 At the end of Chapter 9, you close off by saying “Change, and adapting to it, is critical in my life as a curler, mother, and broadcaster.” What are the costs? Why bother?

Change is worth the bother.  Change is one of life’s inevitabilities. In motherhood, you watched the constant change of your children from infants, to toddlers, preschoolers to teenagers and now adults.  As a parent you embraced all of those changes and adapted. Although the heart of the moral compass I’ve tried to pass on to my kids was constant, how I dealt with their changing needs changed constantly.

In curling, had I stayed the same curler I was in the 80’s, I would have had zero success in the 2000s.  And in broadcasting, the changes have been fast and furious since I began in 1984, long before the concept of 24-hour news was even conceived. But I kept changing with it and embracing all those changes. I’ve always believed in “change or die.”

Life means constantly evolving and adapting and being open to the change and never getting stuck in your ways.  Oh, I love some of my old habits, but like to think I will keep seeing the benefit and bother of change. It is so worth it. And it would be boring to stay the same!

Any hopes or plans for the immediate future?

My life has been marked by having no game plan and that’s working well for me so far. I try to stay open to whatever the universe sends my way. I hope mostly to remain grateful and thankful for all the blessings.

If you could meet someone (anyone, in any realm) today and have a coffee with that person, who would it be and why?

If I had to make a bucket list, it would mostly include the selfless people who are trying to make the world a little kinder and softer. Everyone from the Pope, to the Dali Lama, Pema Chodron to Deepak Chopra and the amazing Bill Gates–love his philanthropy! Oh and definitely Bruce Springsteen, because his songs have been the song track of my life.  But I’m sure I would be tongue tied in front of all of them!

Now that your book is published, is there anything you feel that you missed or wish you had included?

I had a miscarriage between Zach and Luke–which is why my boys are seven years apart–and I wish I had written about the pain and sorrow that comes with that because miscarriages are so tough. One second you are full of joy that you are having a baby and you are full of hopes and dreams and then, one day it’s over.

The doctor, who just weeks before was calling it “a baby,” suddenly moves to calling it “it” and that it’s gone and your brain is swirling.  So I probably should have included that.  The upshot to it all is that Luke was born three years later and if the baby I was carrying was born, then Luke wouldn’t have been around. So now, I’m grateful for that.

What have you learned from curling that transfers to the “game of life”?

Sports psychology is all about blocking out the negative and staying in the moment and playing the shot in front of you.  So I totally take those lessons and apply them to my day-to-day life, right down to how I approached and prepared for my brain surgery.  Even when I was first admitted to the hospital for bacterial meningitis, I eventually was able to surrender to the process and the moment–like I had been trained to do. My curling lessons and Ken’s help guide every aspect of my life and have been the bedrock of how I navigate life.

Throwing Rocks at Houses: My life in and out of curling
by Colleen Jones with Perry Lefko
$30, hardcover, 256 pp.
Penguin Random House, 2015