You often hear book publishers referring to the most common places people read as “the three Bs”—beach, bed and bath. Hopefully, you’ll be able to find me in one of those places from now until Labour Day weekend with these books by my side… 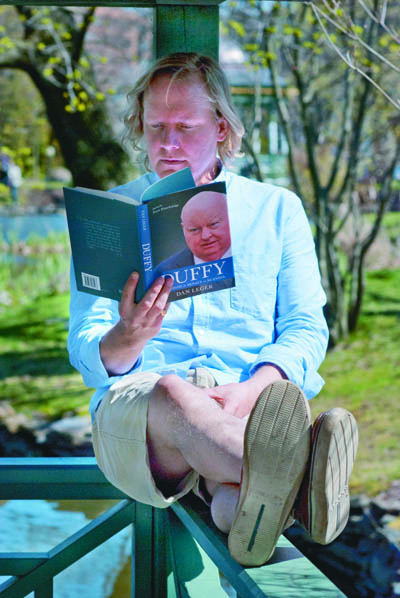 My fascination with lighthouses and the peculiar individuals who tend to them began several years ago when I read Vanishing Lights: A Lightkeeper’s Fascination with a Disappearing Way of Life (Nimbus Publishing) by Nova Scotia native, and former lightkeeper, Chris Mills.

This year’s Facing the Sea by Harold Chubbs and Wade Kearley (Flanker Press) is a Newfoundland entry into the genre that promises to shed some light (pun intended) on the unique lifestyle of the lightkeepers and their families.

I’ve had the pleasure of working with Meghan Marentette in film and TV around Halifax, where she is a first-call seamstress in the wardrobe department. The Stowaways (Pajama Press) is her first novel and—if she writes the way she sews—this YA effort is not to be missed.

Music is For Everyone (Nimbus Publishing), written by Jill Barber and illustrated by Sydney Smith, promises to be a joyous fun-filled frolic through many genres of music, from hip-hop to jazz. I’m excited to read this to my young daughters. The only downside is that Jill’s silky smooth voice doesn’t accompany the text. Maybe an audio book is on the way!

I got to know Dan Leger a bit when we both worked at CBC Halifax; he is one of the sharpest journalistic minds on the East Coast. His book Duffy: Stardom to Senate to Scandal (Nimbus Publishing) offers an insider’s view on this colourful character, and sounds like the perfect summer guilty pleasure!

Hope you enjoy the breezy, read-y days of summer!

Jonathan Torrens was born in Charlottetown and grew up in Sherwood, PEI. He is currently shooting the fourth season of Mr. D on CBC Television and the ninth season of Trailer Park Boys on Netflix. His new quiz show, Newshounds, can be heard on CBC Radio this summer. Jonathan lives in rural Nova Scotia with his wife and two young daughters.