Books in the Time of Corona 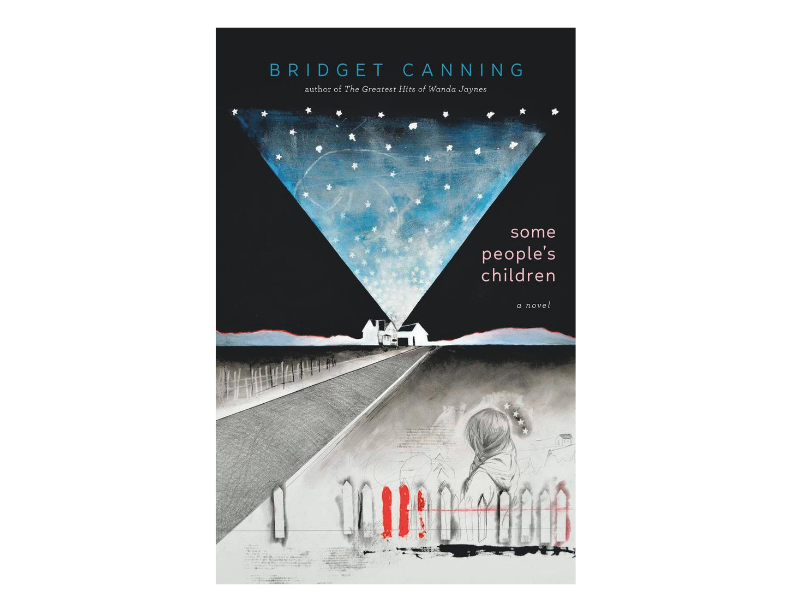 Friday, spring in St. John’s, Bridget Canning is supposed to be at a mall book signing. Instead, she’s preparing a video reading for her publisher, Breakwater Books’, YouTube channel.

Her performance is from Some People’s Children, her second novel, a coming-of-age tale dealing with family secrets and community gossip. “Breakwater hustles all the time,” Canning says, “planning signings, readings, festivals.”

All cancelled, on hold or shifted online. Despite the fact that time is the one luxury many people have more of in the time of COVID-19, selling books has become a lot more challenging.

Publishers, retailers, writers, literary journals—all the people in the book industry—are struggling. The financial hit has been significant.

During an April 3 broadcast of CBC’s The Sunday Edition, Biblioasis publisher Daniel Wells told host Michael Enright, “We’ve seen on the press side, in trackable sales in Canada, about a 76 percent drop in sales over the last two weeks.”

More than three-quarters of sales. Talk about a gut punch for an industry with razor-thin margins. Wells called it “a desperate decline in revenue.”

Rebecca Rose, owner and president of Breakwater Books in St. John’s, sent her staff home on March 18, and most of them still work from there.

“Just myself and the operations manager are coming in a couple times a week,” she says. “We’re starting to see the impact.

“We don’t have any independent bookstores anymore. Indigo is closed and cancelled its orders. The only [remaining book] retailer is Costco, which has a few books from local publishers.”

And yet, people are still making books. They are being written, edited, designed, sold and shipped to readers’ doors.

Many people have found themselves with unprecedented time on their hands, and a lust for the deep escapism that even streamed shows—sometimes laden with ads, popups or hyperlinks—can’t provide.

For Breakwater, production has been the least affected aspect of business. Rose’s team is still editing and designing. The catalogue is mostly the same. “We postponed one field guide because travel and tourism will not be there this summer.”

That’s not necessarily representative of the industry. “A lot of publishers are postponing spring releases,” Rose says. “The titles are just as likely to get lost in the fall though, so we felt it better to proceed as planned.”

Nimbus Publishing and Vagrant Press in Halifax has done more shuffling of its planned releases, but publicist Karen McMullen says they’ve still got plenty keeping the whole staff’s home offices busy. They decided to proceed with their most anticipated release of the spring, One Good Reason, a memoir by Great Big Sea’s Séan McCann and his partner Andrea Aragon. “Indigo was planning events for it, which became Indigo Instagram Live, and it was extremely popular—they were very charming.”

Another spring release is financial planner Christine Ibbotson’s timely Don’t Panic! How to Manage Your Finances and Financial Anxieties During and After Coronavirus. “We managed to turn it around very quickly,” McMullen says. “We’re still shipping books from our warehouse.” There’s been a shift in reader focus, she says, with booming demand for children’s books, especially activity and learning books. The pandemic has also brought out our yearning for survivalist knowledge. Eating Wild in Eastern Canada, released by Jamie Simpson in 2018, has become a top seller.

However, several books have been delayed, which could make for a very book-busy late summer and early fall. That presents a challenge, but an exciting one.

“People will be needing books,” McMullen says. “My job is making sure everybody gets the attention they deserve in a tight media landscape. We have six fiction titles from June to November, and it would usually be three.”

In the meantime, publishers are working to shift distribution and promotion online. Nimbus’ marketing team meets twice weekly to not only check in on the working-from-home experience, and maintain their sense of teamwork, but also to strategize on digital-marketing opportunities and figure out technical details like livecasting an interview using split screens while allowing viewer comments on social media.

Authors who have had events cancelled have a variety of new opportunities online. Some have received funding under the National Arts Centre’s #CanadaPerforms initiative to livestream performances of their work. Reading work aloud for a room can always be awkward, and livestreaming is if anything less intimate. But instead of reading for a few dozen friends and fans, livestreams are often reaching audiences in the thousands.

“We’re doing online workshops, livestream readings, and participating in more pages promoting authors nationally and internationally,” says Rose. “And we’ve prioritized the conversion of our books to e-books and audiobooks.”

Breakwater has also taken the pandemic as an opportunity to convert its backlist to digital formats. “We’ve signed on with more e-book distributors and are working with websites to promote our titles, All Lit Up and 49th Shelf, using social media more. We’ve offered the media dramatic readings on the radio. We’ve had a good response.”

Many publishers have also participated in Access Copyright’s Read Aloud Canadian Books program, in response to requests from educators and librarians seeking permission to record readings of authors’ works for “online story time.” Participating publishers have waived licensing fees as a public good, supplying parents and teachers who are trying to educate and entertain. [Editor’s note: Access Copyright clarifies a shift in the availability of this program as of July 1: “The program is still running but is now available as an add-to to the Access Copyright licence for educators and librarians at elementary and secondary schools, independent schools as well as public libraries licensed by Access Copyright across Canada excluding Quebec.”]

Rose doesn’t expect these efforts to completely replace lost revenues. It’s more about maintaining connections between author and reader, that sense of community that stories create.

Nimbus’ McMullen has been pleasantly surprised by some of the opportunities that have emerged from the new reality. They received an inquiry from Halifax’s Waegwoltic Club seeking a speaker via Zoom to entertain their members. Enter beloved Cape Breton novelist Lesley Crewe.

“It’s a lot of figuring out who works for what events and audiences,” McMullen says. “Half the battle is letting people know the content is there, and how to find it—directing people to resources.”

Bridget Canning is grateful for her publisher’s efforts. “Breakwater authors get 100 percent of e-book sales, which is very kind,” she says. “For my first novel, it was month before the e-book came out. Now it’s out first. I had to dig around to find my old Kobo charger.”

She notes though that even digital savvy publishers won’t reach as many readers as before, with spotty internet and variable access to wifi, cell service and devices. “I will be hygienically signing copies of the book when it’s ready to be shipped out.”

In the meantime, she’s happy to have teaching work, as well as a screenplay to write—her first novel, The Greatest Hits of Wanda Jayne, has been optioned for a movie. But she misses coffee shops and walking trails where she can hear human dialogue as inspiration. “It’s a stimulation loss.”

Rose vows that when things return to normal, Breakwater will host many big launch parties and in-person readings. “Fall could be a really heavy season,” she says. “In the meantime, everyone stay home and read books.”