The Book of Negroes comes to the small screen Jan. 7

As with Beloved, the acclaimed novel by Nobel Literature Laureate Toni Morrison, The Book of Negroes by Lawrence Hill (Harper Collins Canada) is rooted in real Black history. Morrison’s work (and movie of the same title) honours Margaret Garner, an enslaved woman in the American south who, in 1856, fled north where she murdered her daughter rather than see the child returned to bondage.

Hill found inspiration for his award-winning 2007 novel in The Book of Negroes, a 1783 document that recorded the names of 3,000 enslaved U.S. Blacks who pledged allegiance to the British during the American Revolutionary War. Later resettled in Nova Scotia, the Black Loyalists are today heralded as the forebears of many Atlantic Canadian residents of African descent. 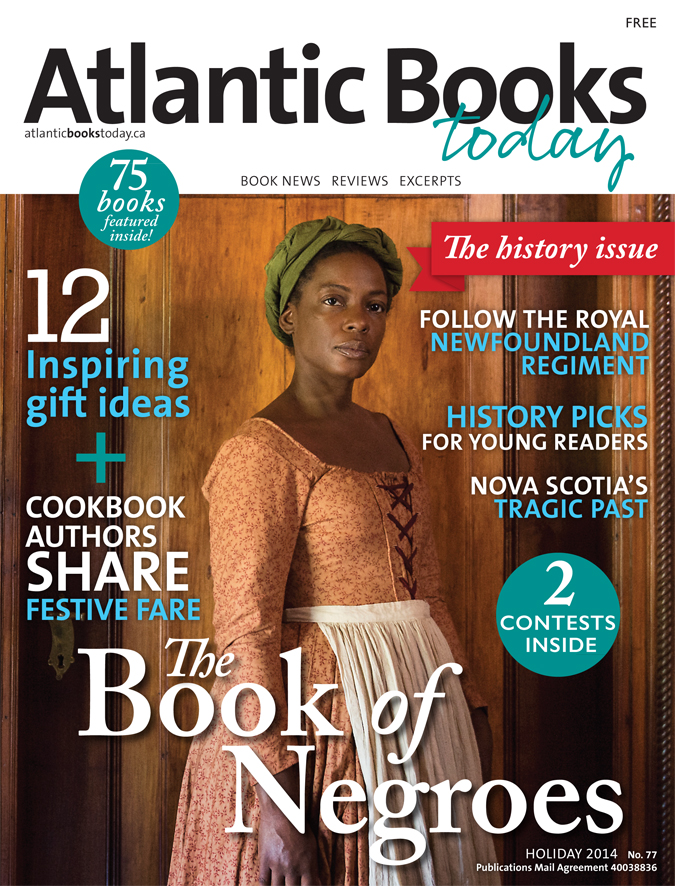 “The Book of Negroes” is a Canada/South Africa treaty co-production, produced in association with CBC and BET (Black Entertainment Television), a six-episode miniseries based on Hill’s novel of the same title will air on CBC-TV on Jan. 7, 2015. The production features scenes that were filmed in South Africa and in several Nova Scotia locales including Shelburne, Lunenburg, Cole Harbour and the Fortress of Louisbourg.

Hill says that he first learned about The Book of Negroes in the late 1970s after reading The Black Loyalists: The Search For A Promised Land in Nova Scotia and Sierra Leone, 1783-1870 (Prentice Hall Press, 1976) by James W. St. G. Walker, a University of Waterloo history professor.

“I grew up in 1960s-era Toronto where I was steeped in Black history by my parents and in school,” Hill recalls. “But I’d never heard of The Book of Negroes until I discovered Walker’s amazing book. The idea for a novel simmered in me for decades and took about five years to write. Hopefully, the television show will introduce a wider audience to an important part of Canadian history.”

As with Hill’s novel, the series chronicles the life of Aminata Diallo, a free 18th century African woman who is enslaved, and details her riveting journey to liberation. The multi-million dollar production showcases the talents of Canadian and American actors including Allan Hawco, Aunjanue Ellis and Cuba Gooding, Jr. It earned rave reviews after a Thanksgiving Day debut at MIPCOM, an major film industry conference held in Cannes, France.

Veteran Halifax producer Bill Niven reveled in his role as “chief cook and bottle washer” for the Nova Scotia shoots. “Among other duties, I consulted on casting decisions, arranged transportation and lodging, and helped to choose locations,” Niven says. “I think the miniseries will educate people about the history of Blacks in Nova Scotia and help promote cultural tourism throughout the Maritimes.”

Halifax actor Wanda Arab depicted a “tormented woman” during the shoot in Shelburne and also assisted with hair, make-up, wardrobe and other production tasks throughout the province.

“The period clothing, scenery and atmosphere during the filming made me feel as if I was living the experience of the Black Loyalists,” says Arab, whose screen credits include the movie Cloudburst and the television show Mr. D.

A former cast member of This Hour Has 22 Minutes, Pictou resident Meredith MacNeill was surprised to land the role of a nurse who aids Aminata. “I’d actually auditioned for another character and then they asked me to read for the nurse,” she says. “So I took to the hallways and learned the part. The cast and crew were fantastic.”

The original Book of Negroes ledger is archived in England. Halifax book artisan, Joe Landry, owner of Leaf by Leaf Book and Conservation Services, created the volume used in the miniseries. Guided by historical records, Landry and his apprentice, Katherine Victoria Taylor, spent two months crafting the “close-up ready” replica that resembles a classic accountant’s ledger. Landry also made the quills that appear in the show.

“I’m extremely proud to have my work included in such a prestigious project,” says Landry who once crafted a luxuriant leather guest book for Prince Charles and has restored Byzantine-era books today valued at $10 million dollars.  “We loved being on set and watching the filming.”

“I was over the moon,” adds Taylor, a recent graduate of the Nova Scotia College of Art and Design. “Making books is a magical process that not many people know how to do.  It’s been a privilege to learn from a master like Joe.”

Walker, the author who first interested Hill in this story, says that he “fully endorses” Hill’s achievements with The Book of Negroes novel and upcoming television series.

“[He] has taken a step beyond academic history to produce a ‘full’ person in Aminata,” Walker says. “His work shows us that enslaved people had lives, agency, identities beyond their ‘slaveness.’ This is a major contribution.”