Big Lessons From a Small School 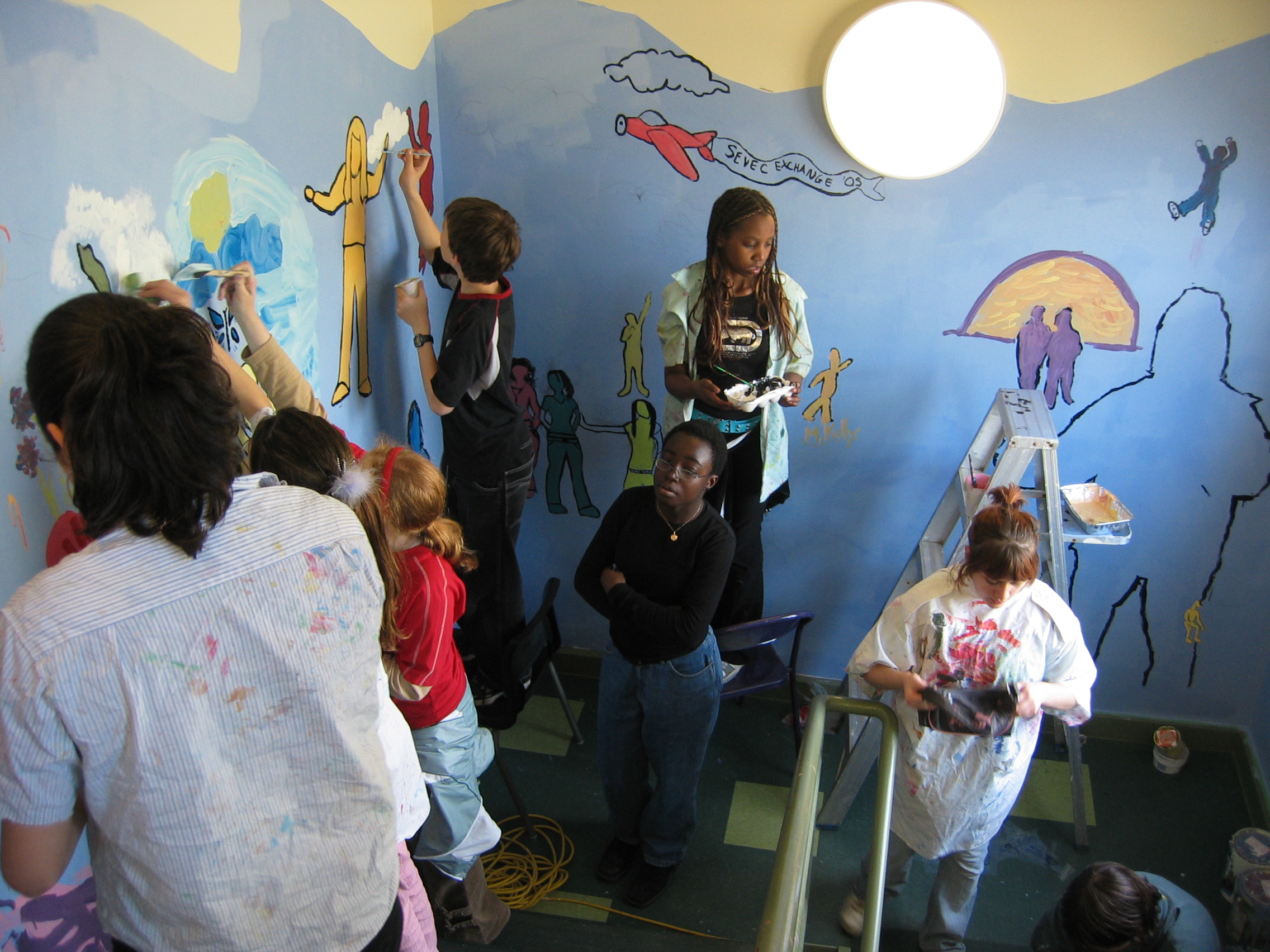 One of the most popular children’s books of all time is the 1930 Platt & Munk classic, The Little Engine That Could. The mantra of that Little Blue Engine, “I think I can,” also conveys a child-like buoyant optimism in the face of life’s obstacles. Almost ninety years–and a short 1991 video–later, the story also carries an alluring message about the power of small initiatives to drive much bigger things.

Halifax schoolteacher Molly Hurd’s new book, Best School in the World, a personal testament to her own life’s work at the Halifax Independent School (HIS), conveys much of the unbridled

optimism found in that legendary children’s book. After over twenty years teaching at, and then heading, the school, the author is bursting to share one of Canadian education’s better kept secrets. That’s the story of how students, teachers and parents, working together, built a model “progressive education” school worthy of emulation elsewhere across Canada.

Like most Atlantic Canadian independent schools, HIS, after forty-five years of existence, still flies under the radar in a public education world. Originally a true experimental elementary school housed at Dalhousie University, it is today a thriving, fully independent private school affiliated with the Atlantic Conference of Independent Schools. With its explicit progressive, child-centred and caring program focus, the inside story of HIS is sure to shatter widespread and poorly-founded stereotypes about starched-shirt and plaid-skirt private schools.

Hurd is a well-read and thoroughly informed career educator with an unabashed commitment to so-called educational progressivism. When she arrived at the Dalhousie University School in 1992, she writes, “my education about education truly started.” She was completely swept up in Dalhousie Education School professor Ruth Gamberg’s exciting foray into “Theme Studies” in the classroom.

Over two decades at the school, Hurd watched, year after year, “refugees” from the Halifax Regional School Board system not only “fit right in” but also “thrive” in a truly “progressive” school. Tuition fees at Halifax Independent remained roughly equal to the cost per student in the public system, so she saw “no reason why the public schools couldn’t provide this kind of holistic, child-centred education.” It rankled her that the public system seemed to be moving in a completely opposite direction by becoming more centrally controlled, bureaucratic and test driven in its school level delivery of services.

Hurd’s school history gives relatively short shrift to the school’s fascinating origins. It was actually founded by the Dalhousie School of Education in 1992 as a “laboratory elementary school” to serve as a site for its elementary teacher training program. With about 30 students aged 5 to 11, the school employed one teacher and two part-timers and offered a unique “theme-based” curriculum that attempted to model “student-centred learning.”

Prior to Hurd’s arrival, during the 1980s, under Gamberg and B. Anne Wood, the school expanded, changed its name to Dalhousie University Elementary School and promoted its more formalized “Thematic Approach” to primary education. It lasted as a Dalhousie lab school until 1992, when the province began consolidating the teacher education faculties. At that point, active and engaged parents struck out on their own, converted it into the Dalhousie Co-operative School, then the HIS.

Former school head Molly Hurd is thoroughly versed in the “Thematic Studies” philosophy, which has now morphed into what is termed “integrated inquiry teaching.” She is at her best explaining, in considerable detail, how HIS exemplifies best practice in “progressive education.”

Reviewing her chapters on integrated literacy, “hands-on” mathematics, creative arts, second-language learning, whole child socio-emotional learning and authentic student assessment, one is struck by how much it conforms with the core ideas espoused by the great American progressive educator John Dewey. 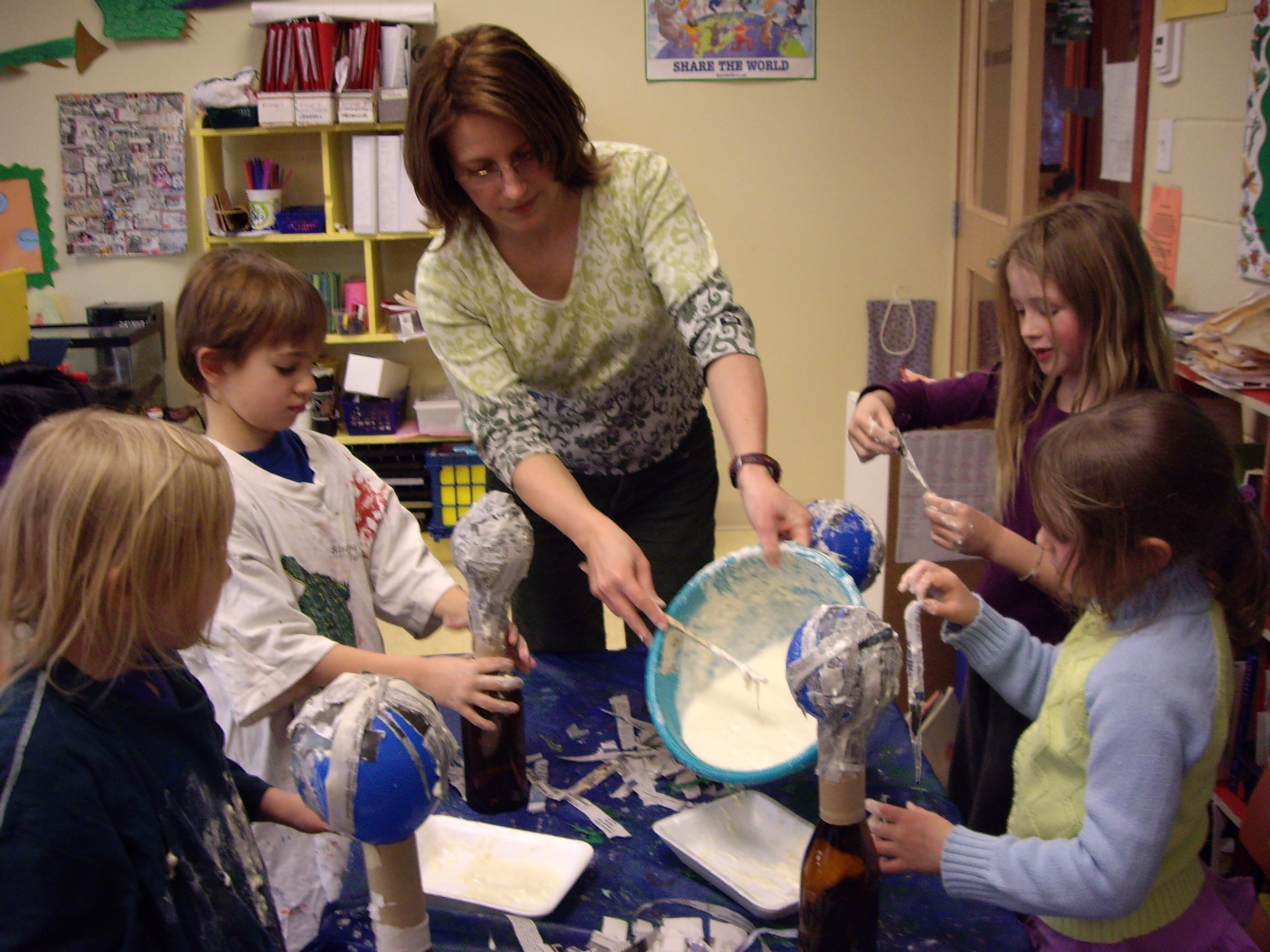 The HIS philosophy remains fairly consistent with that implemented by Dewey (and his wife) between 1894 and 1904 at his own creation, the University of Chicago Laboratory School. It also finds echoes in the recent wildly-popular TED Talks on schools and creativity by the British-born education guru, Sir Ken Robinson.

As an experienced educator, Hurd speaks with considerable authority on the critical importance of teacher autonomy, trust and a school culture of collaboration. With its relatively small size, Halifax Independent enjoys great advantages and, unlike some schools, takes full advantage of it with individualized, project-based learning. Instead of being slaves to provincial curriculum mandates, teachers there are remarkably free to design and deliver their own customized teaching units.

Hurd’s Best School in the World exhibits an idealism that is admirable, particularly after all those years of teaching. Her pride in the school is understandable, but may lead to seeing the school world through rose-coloured glasses. Teachers at the school are reportedly happy, so teacher autonomy must mean more to them than salary levels. Tuition fees are reasonably low at Halifax Independent for one reason not referenced in the book–the level of teacher salaries. It would be extremely rare, as well, if engaged parents in such a parent-run, independent school, did not, on occasion, overstep their bounds and interfere with what goes on in the classroom.

Hurd’s time at HIS coincided with a major shift in the focus of the public education system. From 1992 to the near present, globalization and its educational step-children, student testing and public accountability, were on the ascendency. Hurd saw her school as a bulwark against the worst excesses of what is labelled by critics as the GERM (Global Education Reform Movement).

Teaching students the author describes as “fallout” from the public system provides a unique vantage point from which to assess the state of education. Education progressives like Hurd tend to decry all forms of standardized student assessment and idealize the Finnish education system. Since Finland students topped the 2006 Program of International Student Assessment tests, ten years ago, it has been fashionable in Canada to latch onto that model.

In some respects HIS does exemplify best practice found in Finland’s peruskoulu schools, providing the first nine years of education in one building. With its selected admission, it may actually outperform the Finnish schools. The irony, of course, is we will never know definitively without administering those much dreaded standardized student assessments of 15-year-olds.

Small schools like Halifax Independent deserve the kind of exposure and attention found in Hurd’s personal testament. When students regularly proclaim that HIS is “best school in the world!” that is worthy of further investigation, particularly in Nova Scotia education, where few make outsized claims.

Small schools are often safe spaces where big ideas are planted and grow to fruition. In the wake of a prolonged eighteen-month Nova Scotia teacher contract dispute, a divisive three-month work-to-rule and provincial back-to-work legislation, the timing is right for a book about an alternative to the current data-driven model of public education. For the first time in two decades, the pendulum may be moving back in the direction of the very model trumpeted in Hurd’s Best School in the World.