Harry Ingram was born and raised in Arnold’s Cove, Placentia Bay, or as Ray Guy would call it, that far greater bay. Reciting and telling stories has always been a core element of Harry’s upbringing. In his younger years he was never shy of telling a joke, story, or recitation at a family function or kitchen party. He has always enjoyed sharing the works of others who have paved the way in this genre, but in recent years he has been putting pen to paper and writing his own material. Harry has grown into an accomplished entertainer on various stages sharing his works alongside Hubert Furey, Dave Paddon, and Dave Penny as the popular group From Stage to Stage, and more recently, with Ken Parsons as part of The Liar’s Bench Show. 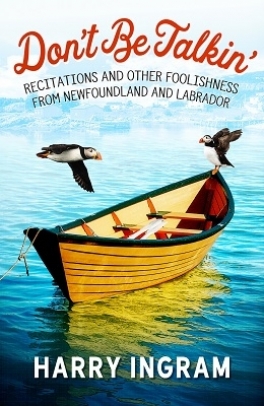