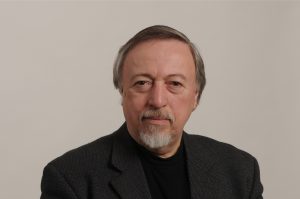 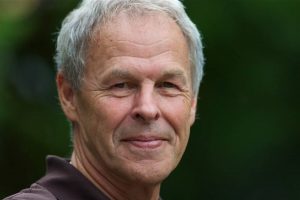 Linden MacIntyre tells Stephen Kimber how bearing witness to atrocity in Beirut eventually led to his latest work of fiction about murder in Toronto.

Stephen Kimber: You write fiction and nonfiction. How do you decide whether a project should be fiction or nonfiction?

Linden MacIntyre: The Only Café could’ve been written as nonfiction. The reason I didn’t was I don’t think I’m fully qualified. The story has been told by journalists and by people who had closer involvement in the Lebanese Civil War and the massacre than I did. But it was a profound experience I thought I could most effectively explore through fiction.

SK: You were in Lebanon around the time of the massacres?

LM: I had been in the Middle East [in 1982] on another assignment and they told me to break away and go up to Beirut [to cover the bombing assassination of Bachir Gemayel, Lebanon’s newly elected president]. I was literally on my way there as this atrocity was happening and nobody knew about it until it was over. I got there a day or two after. By then, the Lebanese Army and the Israeli Defense Force had closed off the area. But I talked to a lot of the reporters who had actually gone in before the authorities shut it down. They were aghast, shell-shocked. I became determined I had to get in there, and I did.

SK: How profound was that experience? 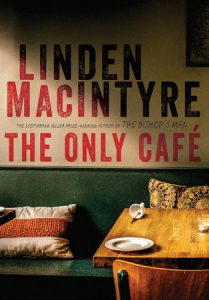 LM: What struck me was the utter brutality. These refugee camps were basically unprotected. There were women, children, old people. Nobody was ready for the sort of influx of Phalangist Christian militia who took advantage of the absence of Palestinian fighters to conduct this awful pogrom. The Israeli military basically secured a perimeter around the place so nobody could get in or out. I asked them, “How do you justify this?” These are young guys, citizen soldiers, most of them very highly educated, sophisticated, fluent in English. I’ll never forget one guy saying, “The [Phalangists are] killing terrorists.” And I said, “Women and children?” He said, “Children grow up to be terrorists. Women are just bearers of people who will become terrorists. So we don’t really care.”

LM: One of the most profound moments for me was watching a particularly horrifying excavation of a bombed-out little house and they were taking dead people out. I became absolutely transfixed by a bunch of boys who were probably 10 or 11, who were standing around watching. The expressions on their faces were the expressions of grown-ups: pure rage, silent, seething rage. I said to myself, “I am looking at the roots of all this so-called terrorism. This is a horrible massacre, but it doesn’t end here. It will go on, and on.” I realized this was far too big a subject for even a 10-minute piece on television, which is what I did. Far too big for a magazine article, even for a nonfiction book. This takes you into the realms of human nature and the human spirit, and the human capacity to be inhuman. I knew that, someday, I would have to address this directly. And the day came.

SK: Was there a moment when you saw the story that becomes The Only Café and realized “I have it?”

LM: I was sitting in The Only Café one evening, having a pint [laughter]. They opened this little bar, in the neighbourhood I live in, back in the 80s. I was sitting there one evening and I suddenly realized there’s a strange juxtaposition here. There’s this little booze place, quite eccentric, and less than a block away there’s a huge mosque. On Thursdays, you see this stream of people heading for the mosque, people who do not touch alcohol because it’s an Islamic neighbourhood. When the bartender sits down, I realize he’s Israeli. “This is too weird [laughter].” Then one evening, he disclosed he had served in the Israeli military, in the intelligence branch. I suddenly said, “Hey, I’ve got a bunch of characters here, and I’ve got a place, and, suddenly, all this Lebanese stuff.” And I just started picking and poking at it.

SK: You’ve had two successful careers, TV and books. How do you see yourself?

LM: I’ve always seen myself in the same frame, as a storyteller. I always wanted to tell stories but I was starting out at a time when … My life got off to a very quick start with children and the rest of it. I needed to earn a living. So I took a job in the journalism business. And then I kind of got caught up in it and I let this notion of storytelling sort of fold into the work I was doing. After Beirut, I realized I could live as a journalist for 150 years and have the largest platform in the world. I still couldn’t get to the bottom of it. I had to try to develop in myself the capacity to tell the truth in a fictional format. Before I got the first novel in shape, it took me 10 years.

SK: I really liked your first novel, The Long Stretch, but I remember it didn’t shake the foundations of Canadian literature. You were competing, if I remember, with Alistair MacLeod’s novel in the

same year. Was that discouraging?

LM: That it got buried?

LM: Yeah. It was very discouraging. You write a novel and you sit around with visions of sugarplums [laughter]. And then it comes out and you walk into a bookstore and it’s not there [laughter]. And you ask, “Where’s my book?” And they say, “Oh, they’re still in the warehouse.” “Well, shit. What are they doing in the warehouse?”

SK: Been there, done that.

LM: [The Long Stretch] was well received, except all the attention went to Alistair’s. Alistair was a famous short-story writer and everybody had been waiting with bated breath for years for Alistair to produce the novel. When I look back on it, it was a good thing because if The Long Stretch, which was an okay book, had received excessive attention and success, it could’ve spoiled me. [Instead] it made me think about the process. It allowed me a bit of breathing space in order to have another go at another novel if I really wanted to. And eventually, I really wanted to.

Stephen Kimber is the award-winning author of nine non-fiction books and one novel. He has won five Gold Awards and numerous Silvers from the Atlantic Journalism Awards for magazine writing.