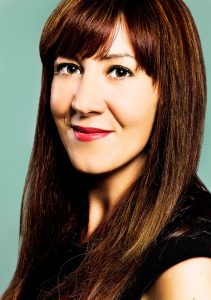 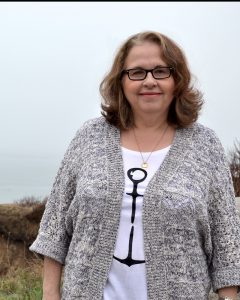 Lesley Crewe, author of Relative Happiness, Amazing Grace, and her new release, Beholden, has a large and loyal readership that goes far beyond her Cape Breton roots. But as she tells Sarah Mian (When the Saints), Cape Bretoners do get a kick out of having their neighbourhoods mentioned in her books.

Sarah Mian: Lesley, you have a new novel out almost every year. Now that they’ve become so popular, do you feel pressure to churn them out Maud Lewis-style? Seriously, how are you so prolific? It takes me months just to come up with a character’s name.

Lesley Crewe: My writing is completely willy-nilly. I can write for two months non-stop, 18 hours a day, and then go for a year and a half and not write a thing. It’s a hobby, basically, that got out of hand. I write my books as they appear. They aren’t planned, so there’s freedom in that. There is no intention to do too many or too few. I don’t ever think of this as a career. The day that happens is the day it all goes away.

LC: I write only for me, and my emotional wellbeing, which is precarious most of the time! If I start to fret about this as a business, the happiness disappears. When you start writing novels at 50, you’re not doing it to be famous. I could be knitting instead.

SM: Knitting shmitting. Your novels are most often set in the sweet wildness of Cape Breton. What facet of the region does Beholden reveal?

LC: This island is where I’m most comfortable, so the stories just naturally settle here. To tell you the truth, I only used St. Peter’s because of its location [with respect] to Sydney. I needed the two communities to be far enough apart so that in the 30s and 40s it would be difficult to travel back and forth; the families needed to be separate and yet connected. Each county of Cape Breton has its own feel and history, but to me the entire island is one big jewel and it doesn’t matter where I put my story. The true essence of this place always shows itself.

SM: Do you ever worry about pissing off the communities you write about?

LC: No! They love it! They get a big kick out of having their neighbourhood mentioned. Obviously if I was writing about axe murders and lawlessness they might not be so keen, but that stuff doesn’t interest me, so I’m safe. I do write about town gossips and church women and the local drunks, but they’re okay with that because every community has them and we’re all the richer for it.

SM: Nell, the protagonist of Beholden, chooses a life less ordinary for a woman in the 1940s. She refuses to wed her childhood sweetheart yet continues to have a sexual relationship with him after he marries another woman. How does Nell compare to the heroines of your previous books?

LC: Nell is a troubled soul and I’m very protective of her. There were times when I didn’t even like her, and that’s when you know you’ve created someone beyond yourself. She’s a lot like Grace in Amazing Grace, but she doesn’t have Grace’s courage. She’s isolated herself from the world and takes no comfort from anyone, other than George. Nell comes off as brittle, but she’s lost, frightened and so very, very angry. She’s one of the few characters I’ve created who doesn’t have a sense of humor. That feels odd.

SM: Your first novel, Relative Happiness, was adapted to the big screen. The same film production company has optioned my book, When the Saints. Advice, please! How did you boil a novel down to a screenplay?

LC: You do everything the movie people tell you. You’ve already written the book, so you have nothing to prove. Pretend your characters have been adopted out by a weird and whacky family and you just step aside. Be prepared to lose a lot of your favourite scenes, but as long as they keep the heart of it, you’ll be okay. It’s a completely different type of writing; kind of like homework. And it takes years. Prepare to be endlessly patient.

SM: Wise counsel. I’m going to keep these instructions pinned above my desk. Speaking of which, tell us about your writing space. Is it on the upper or lower floor? Door open or shut? Desk or no desk? Spartan or cluttered? Do you write on a PC, laptop, typewriter or pen to paper? Anything quirky about the way you work?

LC: My writing space is my daughter’s old room on the main floor. It’s completely cluttered and filled with books, bills, diaries, family pictures, old birthday cards, baskets of animals, collectables from travels, childhood treasures, hooked rugs, my big erasable calendar board where I plot world domination and book tours, and big posters of my book covers that Nimbus has given me over the years. I write with the door definitely closed to everyone but the cat. I have a laptop, but it’s on a higher shelf and I write on a separate keyboard because my neck is too old and creaky to look down for hours at a time. I need the window open for fresh air, the sound of trees and rain and birdsong.

SM: Is there one question you wish someone would ask—or stop asking—about you or your writing?

LC: People can ask me anything and everything, over and over again. It’s fun to have people interested in what you do. No one would care about me, or my opinions, if it weren’t for my books, so I might as well enjoy it. It’s not like I’m a Kardashian.

SM: Haha! So, will you take a break this summer? Kick back in a hammock with a margarita? Or are you already on to the next book?

LC: I plan to do diddlysquat over the summer. I don’t even have an idea for another novel, although something my hairdresser said today gave me a quick buzz. That’s how it happens. A phrase blurted out. I always have my titles first, before I’ve written the first sentence. It’s the ember I hang on to when the going gets tough.

SM: You’ll be typing before that margarita gets blended.

Sarah Mian's debut novel, When the Saints, was published by HarperCollins in 2015. It won the Jim Connors Dartmouth Book Award, the Margaret and John Savage Book Award and was a finalist for the Stephen Leacock Medal for Humour. Sarah is from Dartmouth, NS and now lives on the South Shore.