Sometimes a book’s page count is deceiving, particularly if it is only a fraction of the research that went into its production. Such is the case with three new Atlantic Canadian works of non-fiction. 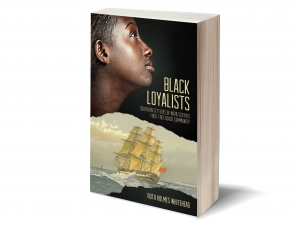 Nearly two decades went into Ruth Holmes Whitehead’s Black Loyalists (Nimbus Publishing). Whitehead collected 47-linear-feet of photocopied material while researching about the thousands of slaves who escaped during the American Revolution and were relocated to Nova Scotia by the British.

Whitehead had never heard the term “Black Loyalists” until 1995, when she met Carmelita Robertson who was then a summer student at the Nova Scotia Museum (where Whitehead remains as research associate and curator emeritus).

Robertson shared that she was a descendant of Black Loyalists who had been slaves in South Carolina. As a native of the same state, (Whitehead grew up in Charleston), Whitehead immediately recognized some of Robertson’s ancestors’ names.

“[Carmelita] told me her dream was to go to South Carolina and walk on land where her ancestors had been slaves,” says Whitehead. This was the beginning of several research journeys the women took together down south, which included visits to plantation ruins, historical societies and meeting an expert on The Book of Negroes.

Whitehead and Robertson have written numerous reports and other resources based on their findings. Additionally, they helped create a Black Loyalists exhibit with other museum staff and members of the Nova Scotia Black community.

Throughout the years, Whitehead continued to visit her parents regularly in South Carolina. “My mother gave me the lowdown on what old people I could talk to about slave owners,” Whitehead explains. “It was interesting to see who did not want to talk about the time of slavery and who was fascinated.” Whitehead says it was a shock to discover one of her ancestors had once been captain of a slave ship.

After 17 years of interviews, visits to archives and libraries in both South Carolina and Nova Scotia, devouring the thousands of pages of naval daily correspondence, combing through family records and diaries and conducting other “treasure hunting and detective work,” Whitehead decided it was finally time to publish her book.

Along with her love for research, it was the individuals Whitehead profiled who fuelled her passion. “It really gave me a deep respect for the bravery of these people making their escapes…to be evacuated to Nova Scotia,” says Whitehead. “They had to deal with racism in both places and it was so hard, but they lived!” 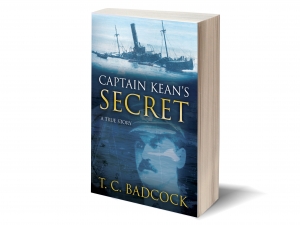 Tom Badcock also developed a deep respect for one of his subjects—eight-year-old Jessie Lewis—while researching his book Captain Kean’s Secret. A few years back, Jessie’s niece approached him with diaries written by Jessie and her family. These provided first-hand accounts of the major Newfoundland sealing disaster of 1914, when Captain Abram Kean was accused of abandoning 132 men on the ice.

Badcock carefully sorted through thousands of photocopied journal pages that came in random order; many he had to transcribe due to spelling and grammar errors. But through Jessie’s eyes, Badcock vividly discovered the disaster’s tragic aftermath, as well as the young girl’s astonishing secret. “She really could express herself!” says Badcock. “She was a little phenomenon!”

Badcock enjoys writing both fiction and non-fiction and has published numerous books in both categories. He says non-fiction is most demanding because of the research. “The actual writing portion of [Captain Kean’s Secret] was only a small portion,” says Badcock. “I had to find out what life was like in St. John’s then. Did they have electricity? Who was the Mayor? … I wanted to give the reader an appreciation of the way things were.” 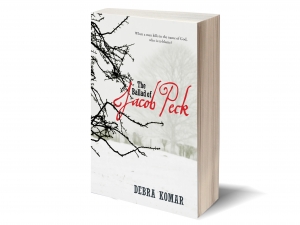 As a forensic anthropologist who has worked for the United Nations, the Iraqi Special Tribunal and other institutions, Debra Komar is also accustomed to writing non-fiction. A few years back, she began writing books for the general public. The first of these, The Ballad of Jacob Peck describes the murder of Mercy Hall in Shediac Parish, New Brunswick, 1805. Although Amos Babcock had been executed for the crime, preacher Jacob Peck had allegedly incited the crime, although he was never convicted.

“The specific question I was looking to answer arose from my work in genocide: how can forensic science make the connection between the victims and the masterminds of the crime?” says Komar, discussing how leaders such as Hitler and Pol Pot would find others to kill for them. When Komar discovered material on Jacob Peck, she knew this was the case to “reopen”.

From her Annapolis Royal home, Komar embarked on four major research trips around southeastern New Brunswick. Much of the information she gleaned came from community museums housing donated materials from cleaned-out attics.

On one of Komar’s visits to the New Brunswick Museum Archives, she discovered a crucial detail. “One of [the files] happened to have this tiny little piece of handwritten paper, dated 1809, that implied that [Peck] had not shown up for a trial,” Komar says. “…Everybody had always said that the trial had been in 1805 and then Peck disappeared. That piece of paper led me to ten others, and I realized that everything that had been written about him technically wasn’t true.”

Komar consulted over 200 sources to write Jacob Peck and for her this was a joy. “There’s nowhere on Earth I would rather be than in a dusty little archive and find that one magic thing that answers a question I’ve been trying to answer for so long!”