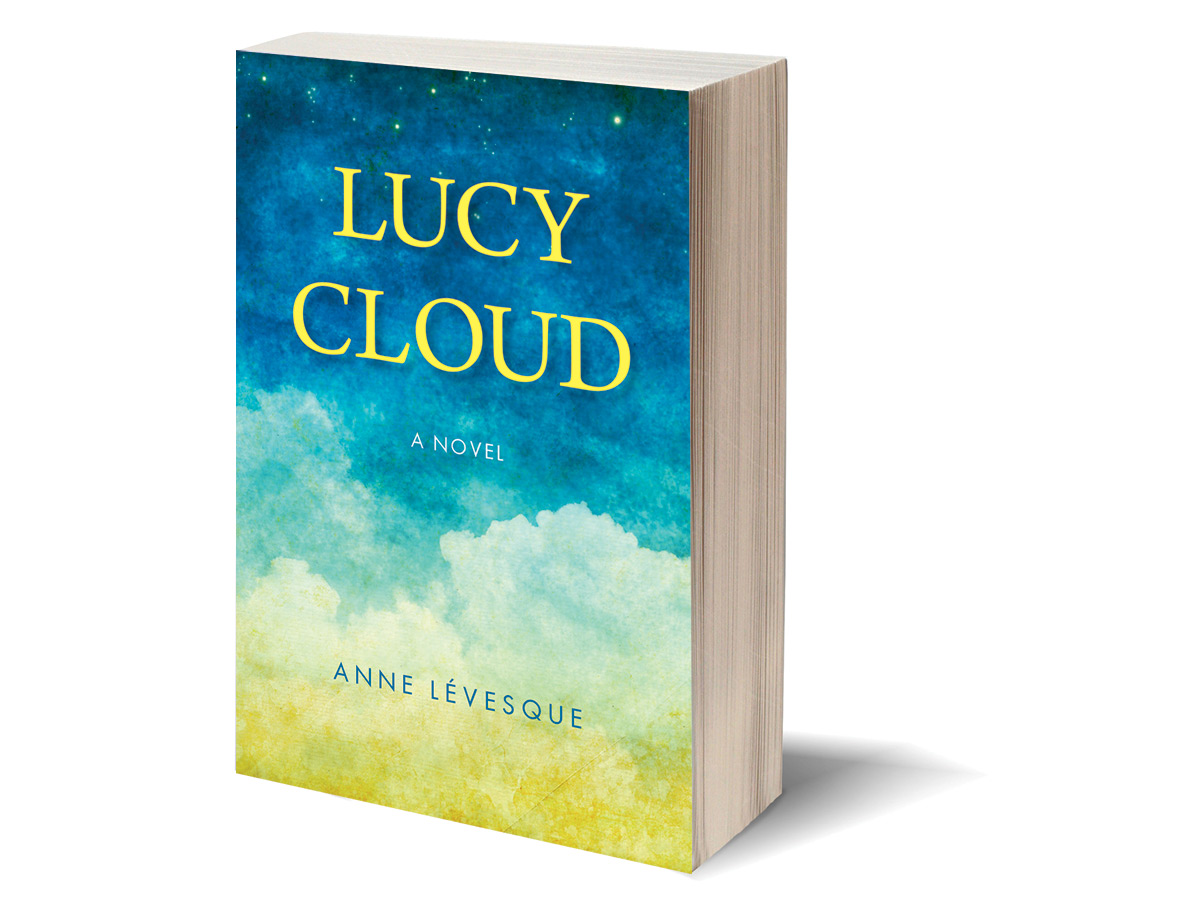 Lucy Cloud
Anne Levesque
Pottersfield Press
Inverness poet Anne Levesque’s debut novel, Lucy Cloud, is a story of families, neighbours and friends whose lives intersect over the course of three generations. Anchored in rural Cape Breton, where once close-knit, self-sustaining farming and fishing communities are gradually diminished by outmigration and economic stagnation, the story wanders farther afield to northern Ontario, the Caribbean island of Tobago, as well as North and West Africa.

The novel begins with infertility. Devout Catholic Annabel and her husband, Curley MacLeod, have all but given up trying to conceive, resigning themselves to a life without children, when a neighbour “delivers” them a baby, the unplanned offspring of an unmarried daughter. In memory of her dead brother, Annabel names the baby Blaise.

The young Blaise is a promising student but is distracted in university by curiosity about his Sudbury-based birth parents. When he travels to the northern Ontario town to find them, he meets instead his future wife, Wendy. The couple has a daughter, Lucy, whose nickname, Lucy Cloud, riffs on her surname, MacLeod, as well as her uncanny ability to predict rain. After Blaise succumbs to cancer, leaving Wendy a still-young single mother, Lucy forms a close bond with her grandmother, Annabel, who instills in her a love of the rustic Inverness region.

Levesque lets her story unfold in brief episodic chapters: some are self-contained stories, others evocative vignettes. Chronology wanders, much the way memory does. Her characters are flawed and she presents them without judgment. Annabel is narrow-minded and meddlesome, disapproving of her bohemian daughter-in-law, Wendy, yet she is also the emotional heart of the family and community. Levesque’s Cape Breton is a starkly beautiful place but she does not shrink from the ugly realities of life in a harsh climate and declining economy: alcoholism a constant presence—large chunks of iced beer are thawed in sinks and drunks fall asleep against woodstoves, oblivious to the heat. Curley’s tragic death remains unexplained and the effect a character’s dementia is presented with unnerving candour.

Levesque thoroughly explores the complex, enduring bonds between women and creates memorable male characters, notably the endearing but troubled Curley, as well as Alec and John A, Annabel’s eccentric bachelor brothers. The MacLeods’ neighbours, Eric and Jenny, are Toronto “come-from-aways” who move to Inverness to live a simpler life of farming. The cast of supporting characters is so large the novel is prefaced by a welcome dramatis personae list for readers’ reference.

Lucy is an enigmatic presence in the novel. She has completed post-graduate studies in Quebec, yet no one is entirely certain what she does. Rumoured to be a spy, she keeps intimate relationships at a distance. She marries her friend, Antar, to help him stay in Canada, but only forms a lasting romantic bond with an old friend at the novel’s end.

Recurrent themes are secrets and uncertain roots. Levesque is intrigued by the way our lives overlap and connect, but also how we conceal aspects of ourselves even from those closest to us. Lucy discovers only as an adult that Blaise was not her biological father. While driving with her cousin, Donalda, Annabel sees Curley pass them in his truck. Annabel muses, “It felt strange, and kind of thrilling, to meet him like this. To see her husband as others saw him all the time.” Long after his death, Annabel is chagrined to discover Curley’s stash of beach rocks and glass, collected over years in secret. Some readers may find that Levesque leaves such moments under-developed: Lucy seems not greatly affected by learning the truth of her paternity and Curley’s rock seems disproportionately significant for Annabel.

Like so many prodigal Maritimers, Lucy ultimately returns to live in Cape Breton, having inherited properties. Her restoration of the dilapidated family houses is a metaphor for change as well as the tenacity of the ties that bind us to our origins. Mirroring the opening motif of sterility followed by birth, the novel ends with Lucy travelling in Burkina Faso, on an unspecified assignment, during the Ramadan fast. The heat is oppressive, yet even here, under the same sky as her home, Lucy feels the impending relief of the rain.