And one small thing led to another

If friend and fellow author Melanie J. Fishbane hadn’t come to Halifax to promote her novel Maud, I probably wouldn’t be working as a publicist at Conundrum Press. Yes, the two events may seem disconnected, but if you’ve ever read the children’s book, If You Give a Mouse a Cookie, you might think otherwise.

When Fishbane came to Halifax in July 2017, I offered to help her schedule some interviews and events. After one of her readings, we ended up at a crêpe restaurant with Christy Ann Conlin (Nova Scotia-born and raised author of the brand-new and brilliant Watermark), and Fishbane casually mentioned that I’d helped her with the tour.

A couple months later, I ran into Conlin at the launch of Carol Bruneau’s short collection, A Bird on Every Tree. Afterwards, while chatting under a streetlight’s glow, she mentioned I should expect an email from Andy Brown, her partner (life, not business) and Conundrum Press’s publisher. He needed a publicist, and after our talk at the crêpe place, Conlin suggested me. Sure, I have the qualifications and the experience and, as an author, the required empathy, but ultimately, that door opened because I helped another author on a whim (and maybe also because I go to a lot of book events).

In the Atlantic Canadian publishing industry, such stories aren’t uncommon. Ideas are shared, help offered and spontaneous brainstorming happens over drinks. Over the last couple of years, more of these conversations seem to be resulting in grassroots marketing efforts, probably in part because it’s getting harder to bridge the gap between readers and books. Newspapers are cutting book coverage, Goodreads
is overwhelming and social media algorithms are constantly shifting. But thanks to these behind-the-scenes conversations, readers can find great books in new ways.

With traditional book conferences, many incredible literary festivals, events like the Atlantic Book Awards and new digital possibilities, opportunities for people to talk, dream and brainstorm books will continue, and new promotional ideas and collaborations will ensue. Meanwhile, the real winner will be you—the reader with the teetering pile of Atlantic Canadian books. ■

Take RC Shaw’s Louisbourg or Bust: A Surfer’s Wild Ride Down Nova Scotia’s Drowned Coast, for example. When it was released, the book was promoted using an unexpected book trailer. Bebop Film Collective had profiled Shaw in a short film, and when he saw the end result, he realized it would make an excellent book trailer. With Bebop’s permission, Shaw and Pottersfield Press used it to market the book. And it worked—more than 1,100 people have watched the trailer on Vimeo, a video-sharing site. Those viewers include journalists who ended up interviewing Shaw, exposing more readers to the book. (vimeo.com) 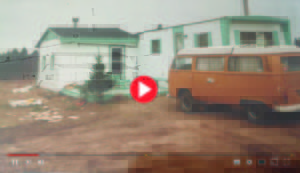 Shaw’s isn’t the only book being promoted using a book trailer—it’s becoming more common to find these trailers on YouTube or publisher websites. Goose Lane Editions is using a highly effective trailer to promote Amy Spurway’s book, Crow—
I know, because within 24 hours of watching, I was $23 poorer. (youtube.com) 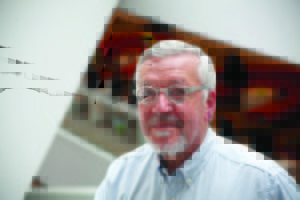 Nimbus Publishing’s Book Me! podcast, hosted by former CBC host Costas Halavrezos, was the brainchild of Robin Grant. Currently, Grant is Nimbus’ sales rep (and the producer of Book Me!), but at the time, she was working as the publisher’s educational consultant. She thought a podcast featuring different authors in conversation would be a great way to get the word out about new titles, so she pitched the idea to Nimbus co-owner Terrilee Bulger. They applied for funding from Arts Nova Scotia, and they got it.

Just as Grant expected, plenty of readers discover new books through the podcast, but there’s been a bit of an unexpected twist: because the interviews cover everything from ghosts to Sable Island, some people tune in for the topics instead of the authors, which means Nimbus is reaching new markets. Like Louisbourg or Bust, Book Me! has also attracted coverage from other sources, including bloggers and traditional media. (bookmepodcast.ca) 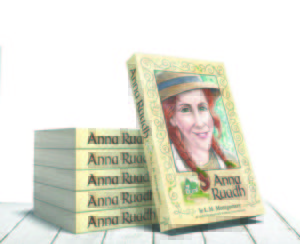 The BookBits videos used by Running the Goat Books and Broadsides also resulted from a pitch. Michelle Porter, a writer and researcher, brought the idea to Marnie Parsons, Running the Goat’s publisher. Porter wanted to highlight new books by creating very short promotional videos. Parsons agreed to try it, and now she posts the videos on Running the Goat’s website. The videos are purposefully brief—Porter hopes to leave readers wanting more. (runningthegoat.com/news)

Readers can even discover fascinating books on crowd-funding sites like Kickstarter. That’s how Bradan Press raised some of the funds necessary to publish Anna Ruadh, a Scottish Gaelic translation of L.M. Montgomery’s Anne of Green Gables. For obvious reasons, actually bringing this book to fruition was a collaborative effort between Bradan Press and its readers, but the Kickstarter effort also served as a marketing campaign. Bradan shared the campaign widely on social media, and with the help of the wider Gaelic community and plenty of dedicated Anne fans, the Kickstarter fund raised over $17,000—and prompted traditional media coverage.