An Excerpt from Resettlement, edited by Isabelle Côté and Yolande Pottie-Sherman 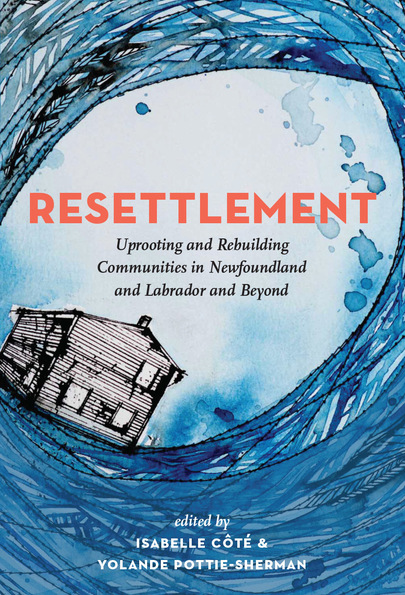 In February of 2019, the remote community of Little Bay Islands off the northern coast of the island of Newfoundland voted unanimously in favour of resettlement. After years of decline, the permanent shuttering of the town’s crab processing plant (and major employer) had galvanized debate about its viability. The vote was the last and final step of the provincial government’s Community Relocation Policy: in December of 2019, essential services to the community were cut, with each resident to receive a buyout package of $250,000 ($270,000 for families). The process has been long and controversial, and a previous vote on the matter in 2015 had failed by less than half a percentage point. Opinions on the Community Relocation Policy (CRP) have been bitterly divided in Little Bay Islands and Newfoundland and Labrador more broadly, with some viewing the resettlement of isolated communities as an absolute necessity for both the provincial economy and the welfare of its rural citizens, and others seeing it as a coercive dismantling of outport culture.

Contemporary resettlement projects around the world are contending with many of the same issues raised in Little Bay Islands. In January of 2017, residents of Isle de Jean Charles, Louisiana, were also considering the terms of their resettlement. Having lost 98 per cent of its land area in the last 50 years, the state of Louisiana identified the narrow island in the Gulf of Mexico as a “resettlement zone.” The Isle de Jean Charles resettlement project represents the culmination of a process that has unfolded over two decades, as Indigenous groups on the island have asserted claims for tribal recognition and environmental protection from the state of Louisiana and the United States federal government. This voluntary resettlement project has been contentious. Some residents do not want to leave or are unsure about relocating, and commentators have criticized the state government’s efforts to meaningfully involve all residents of the island in the process. The cost and slow nature of the relocation process have also raised questions concerning the government’s financial commitment to resettlement. Its projected cost is $100 million — well beyond the US$48 million allocated by the US Department of Housing and Urban Development. Popular media have labelled the community as abandoned by the “first climate change refugees,” a narrative that ignores the layered vulnerabilities facing Isle de Jean Charles, including oil exploration, out-migration, and the failure of the federal government to recognize tribal sovereignty.

Though these two contexts are very different, they involve common issues: how can resettlement projects — whether led by state actors or communities — meaningfully include the people affected by them? How can we reconcile the layers of mobility and immobility that may engender rifts within communities debating relocation? Perhaps most importantly, the real cost of resettlement goes far beyond the monetary value of the assets left behind. What is the true cost of resettlement and how can resettlement debates be reframed to recognize the social and cultural importance of places? This book takes up these questions by examining resettlement projects in Newfoundland and Labrador in critical, comparative perspective.