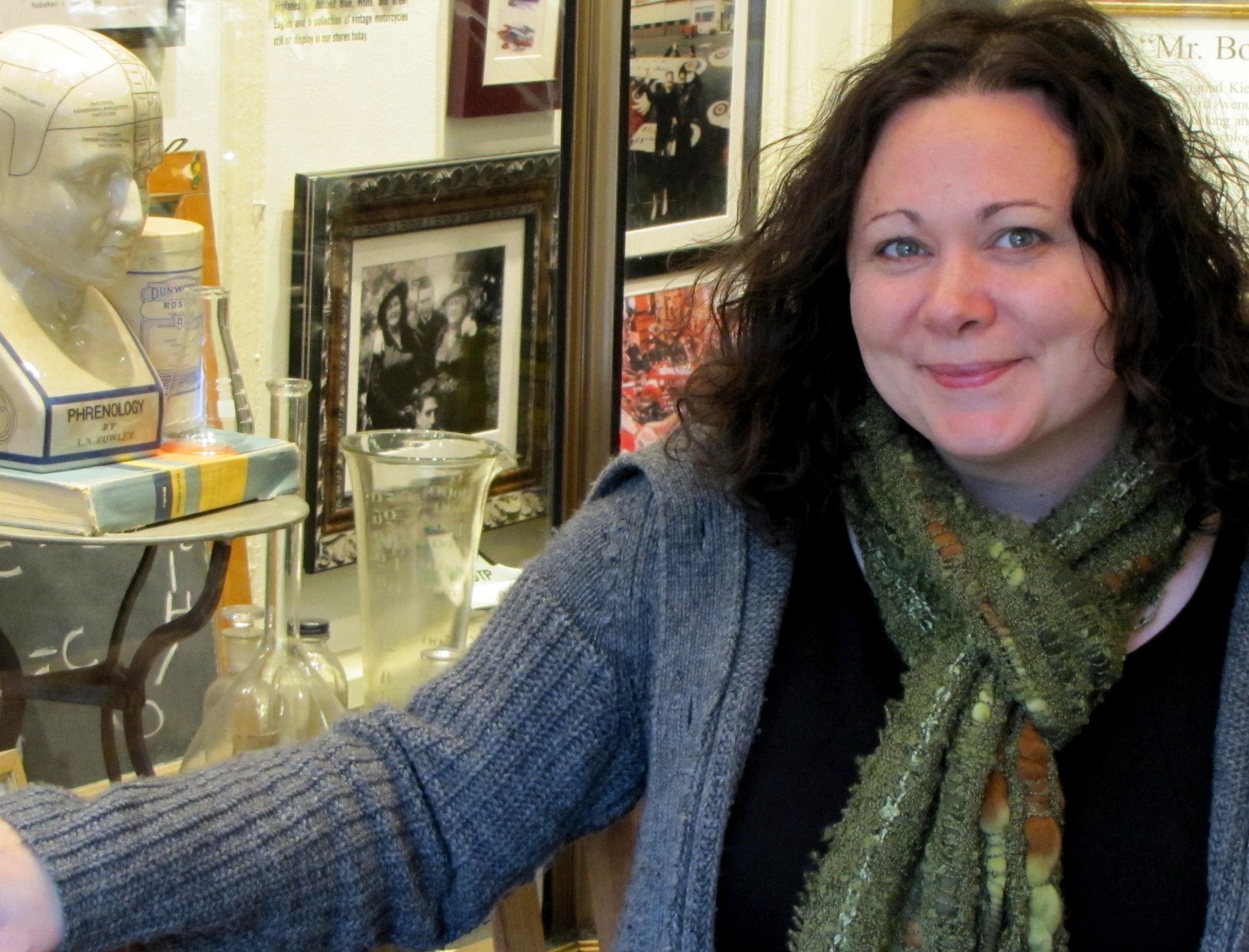 Ami McKay’s New York “Witches” Want What We All Want, and Too Few Women Have

In a 1976 Peanuts strip, Lucy asks her teacher, “Ma’am? How come we’ve only been studying about men in history? Aren’t we going to study about women?”

That strip appeared forty years ago. I was five. I remember reading it.

A few years later, my grandfather Butler assured me that while I did suffer the misfortune of being born a girl, I was also born a Butler — decent compensation. And that settled the matter.

Ami McKay‘s new novel, The Witches of New York, gives characters room to ask, “Who am I?”

For McKay’s male characters, this question feels normal, almost a birthright. Not that all of them bother to ask. The male character who is the most certain about who and what he is does the most damage.

For the female characters, daring to think they have the right to even ask the question, let alone act on it, is dangerous. The women’s very existence, let alone their independent behaviour — using contraception, for example, controlling their own bodies — incites violent hatred.

A cliche of the Western canon is that our villains are often more interesting than our good-guy heroes. Lucifer certainly steals the show in Paradise Lost. A more complex conversation can start with Odysseus, who is compelling because he is wily and cunning: nuanced, sometimes monstrous. A survivor.

When female characters behave this way, all too often our storytellers can only imagine them as simple monsters — to be pitied, perhaps, but contained like the Minotaur, and sedated if necessary, until bored into submission. (As perhaps one Dr. Silas Weir Mitchell, originator of the rest cure for hysterical women, viewed his patients. Let’s ask Charlotte Perkins Gilman, author of the 1892 short story on the maddening effects of under-stimulation, “The Yellow Wallpaper,” what she thinks.) The rhetoric here: the female character who deviates does so not because there is something terrible to deviate from, but because she is a monster. (And perhaps on her period.) Psikhushka in the Iron Curtain countries: a dissident could be confined in a mental hospital because only the insane would question the state.

Does this sound extreme on my part, drastic? Consider Caroline Siede’s recent essay on the expectation of female likability:

“Whether you realize it or not, you’ve spent your entire life being trained to empathize with white men. From Odysseus to Walter White, Hamlet to Bruce Wayne, James Bond to the vast majority of biopic protagonists, our art consistently makes the argument that imperfect, even outright villainous, men have an innate core of humanity. And there’s nothing wrong with that. Good art should teach us to empathize with complex people. The problem comes not from the existence of these stories about white men, but from the lack of stories about everyone else.”

Odysseus gets to state who he is, even and especially when imprisoned. Does Penelope get to say or do much beyond her status as possession? Hamlet never shuts up about who he is, yet Ophelia is never anything more than a prize, a tool, a madwoman, a casualty. And then there are the so-called Bond “girls.” The two most capable are called, sigh, Holly Goodhead and Pussy Galore — names to numb the threat. You can’t possibly take someone called Pussy Galore seriously as any sort of equal.

While we’re on the subject, take Varla in the B-movie Faster Pussycat, Kill! Kill! She’s awful. Evil. At the same time, she’s loads of fun, because she’s a very rare thing in cinema: a woman who is not a prize to be handed about, but rather a woman who controls her own life and, horrors, talks back. Her independence makes her compelling, but she could only, in the end, be a villain. Yeah, I know, we’re talking a B-movie here, and a fetish-tastic one at that, but that script didn’t come out of a vacuum. The film’s message: independent women are, by definition, dangerous. Weird and wayward. Otherworldly. Even Varla’s laugh is strange, unsettling, a blend of a bell’s tinkle and a witch’s cackle. 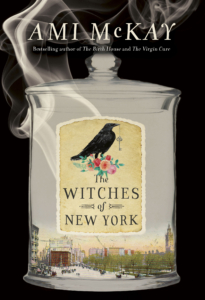 Witch. As McKay asks in her latest novel’s afterword, what does the term even mean? Is our cultural anxiety about a woman refusing to submit to prescribed behaviour so severe, so destructive, that we cannot accept her as a complex, nuanced person, but must instead simplify her as something evil and dangerous, something to be feared, owned, confined, eradicated?

The short answer is yes.

A particular delight of McKay’s novel, again given the setting — this is the time of French neurologist Jean-Martin Charcot parading female mental patients in the name of medicine, speaking of fetish-tastic B-movie values — is how the female characters determine, for themselves, an answer to the question, “Who am I?”

Some of the tensions inherent in this question are signalled by names. Married women in the novel’s setting would always change their surnames, perhaps even be subsumed by the husband’s entire name: Mrs. John Doe. (This practice was alive and well when I was a child.) Adelaide has given herself a new name and with it a new life. Names, their meanings and histories, become part of a larger conversation. Names carry power. Think I’m being silly? Try boarding a plane with ID that does not perfectly match your reservation. Try interviewing for a job with a name that’s not considered “white” and therefore “normal.”

While McKay’s story is told in a linear fashion, with plenty of suspense, it also comes together in pieces: a bit revealed here, something else hinted at there. In that sense, this novel, as a book, works very much like a grimoire, a magical textbook. Needed knowledge is tucked everywhere, though not willy-nilly. The more deliberate aspects of this deep structure are clear in the newspaper articles, advertisements and excerpts from a character’s own grimoire. The effect is very much like sitting down to tea with women who are willing to share knowledge, to talk — and, this is crucial, to listen. Ever look at photos of ladies’ auxiliaries, church societies or clubs from the 1940s and 1950s? Ever notice how often tea figures in the photos? Ever consider how much got accomplished over a pot of tea?

Tea — pots, spoons, cups, blends, steeping times —  is another signal of the grimoire-conversation structure of McKay’s novel. The person in charge of tea may appear to be a leader, an authority. If character Reverend Townsend made tea, a task he’d likely consider beneath him, the tea talk would become a declaration, an exercise of a single voice, a sermon. As contemporary tea master Li Xiangxi observes, “The person brewing is not leading. We are just one part. We are serving the tea and those around us. We are not the master; the master is tea.”

Consultative conversations versus singular diktats. I often think this idea is part of what Malala Yousafzhai means when she insists the best weapon against terrorism is education.

The labels “women’s history” and “women’s fiction” often make me cringe, as, too often, I hear them as belittlement and slurs. As Schulz’s Lucy pointed out in 1976, women’s history is history. Period. (Yes, I think I’m funny.)

Yet I cannot just insist we do away with the terms women’s history, women’s fiction or throw out women’s prizing. Why not? Because the question is not binary, not simple. Like cunning Odysseus, it’s nuanced and complex. If I thought for a moment we had achieved true equality in North America, then yes, I would question the need for women’s studies, women’s history, women’s writing prizes. If I thought that, I’d be writing about McKay’s novel as a curiosity, one no longer relevant, like so much of the 1800s.

Cultural rules don’t change that fast. But they do change.

The struggle for women’s suffrage seems at once distant and confusing: why all this hideous and violent resistance to the idea of women voting? Yet women have had the right to vote in Newfoundland (which did not join Canada until 1949) for less than a century.

So when McKay’s novel shows the frightening risks her female characters take just to live their lives as they wish, is she bashing men? No. (Neither is much of what gets called feminism, though that does happen – hunger for power being a human failing.) She is criticizing what men have done in the name of keeping power, yes, but not bashing men because they’re men.

One of McKay’s male characters, Quinn Brody, signals this facet of McKay’s conversation with his doubts of the definition of manhood, especially medical manhood. Brody dislikes and distrusts the methods of fellow doctors, Mitchell among them. Mitchell, who in real life coined the term “phantom limb,” a condition afflicting Brody, gives his patient a  useless platitude warning of emasculation (and functioning as an elegant, if grim, subversion of Freud’s penis envy): “Don’t let this make you any less of a man.”

Judith Dashley hopes Quinn Brody is  “a man who believes women.” That diction is no accident.

How cunning is that?

Michelle Butler Hallett is the author of the novels This Marlowe, Deluded Your Sailors, Double-blind and Sky Waves, as well as the short-story collection The Shadow Side of Grace.