All Our Lives Under the Sun

Waking Up In My Own Backyard

Something is Always on Fire

Question: what kinds of lives do we examine when we pick up a memoir?

Answer: every sort of life. There are memoirs about the famous and the infamous, the accomplished and the humble, the nine-to-fiver and the world traveller.

And readers drink them up. Sales data from Amazon consistently show that memoirs are the best selling of all non-fiction books.

Why are readers so thirsty for memoir? Because we want to know how people navigate complexity and tragedy, how they heal from hurts—physical and psychic—how joy can be found or rediscovered. Memoirs remind us to recommit or rewrite our values, to stoke or re-stoke passions for life, for people. The story of a life—no matter what kind of life—is never really about an individual.

Whether a celebrity memoir, a tale of addiction and salvation, an honouring of home or place, a travel story, a literary memoir, a journalist’s observations or a hybrid, a memoir is always about so much more than its author.

For example, The Grand Tour, by Newfoundlander Dave Quinton (former host and writer for CBC’s Land & Sea), is a classic tale of youthful travel, but also a snapshot of a time and place. Dave and his college friend Bob Gray did not have a grand budget for their cycling tour of Europe, but they had a grand time anyway. For Dave, this includes a short stint working as a labourer on the gardening staff at Buckingham Palace, for Her Royal Highness, Queen Elizabeth.

You could call Quinton’s tale a pocket memoir. It is presented in a five-by-seven-inch (13 X 18 mm) format. At a slim 100 pages it would indeed be easy to slip inside a pocket. The book uses a large font size and is generously illustrated with photographs and travel mementos. This spare text makes the book itself a postcard from the year 1960, a resonant moment in time for the author.

Some memoirs, like Grant Matheson’s The Golden Boy: A Doctor’s Journey with Addiction, serve a double purpose: sharing one’s own struggles and sometimes, solutions, or hard-won wisdoms in the hope of helping others, making them feel less isolated, more empowered. Matheson, a former medical doctor, shares his personal story of opioid addiction. He writes: “We are all in this together, and to be honest, it would be difficult to envision life differently. Don’t let others, or your disease, determine who you are.”

As with Dry, Augusten Burroughs’ harrowing memoir about alcoholism, readers of Matheson’s book will learn how addictions begin, take over and can be battled, in this case, with two rounds of intensive rehabilitation and lifelong work in recovery. Unlike Burroughs, however, PEI-based Matheson was never a professional writer. Hence, The Golden Boy represents another sub-genre of memoir, which is the amateur scribe or the Everyman/Woman as writer.

Most of us love a comeback story. Memoirs such as The Golden Boy have “characters” who have fallen, struggled and ultimately stood (wavering at times) back on their feet. 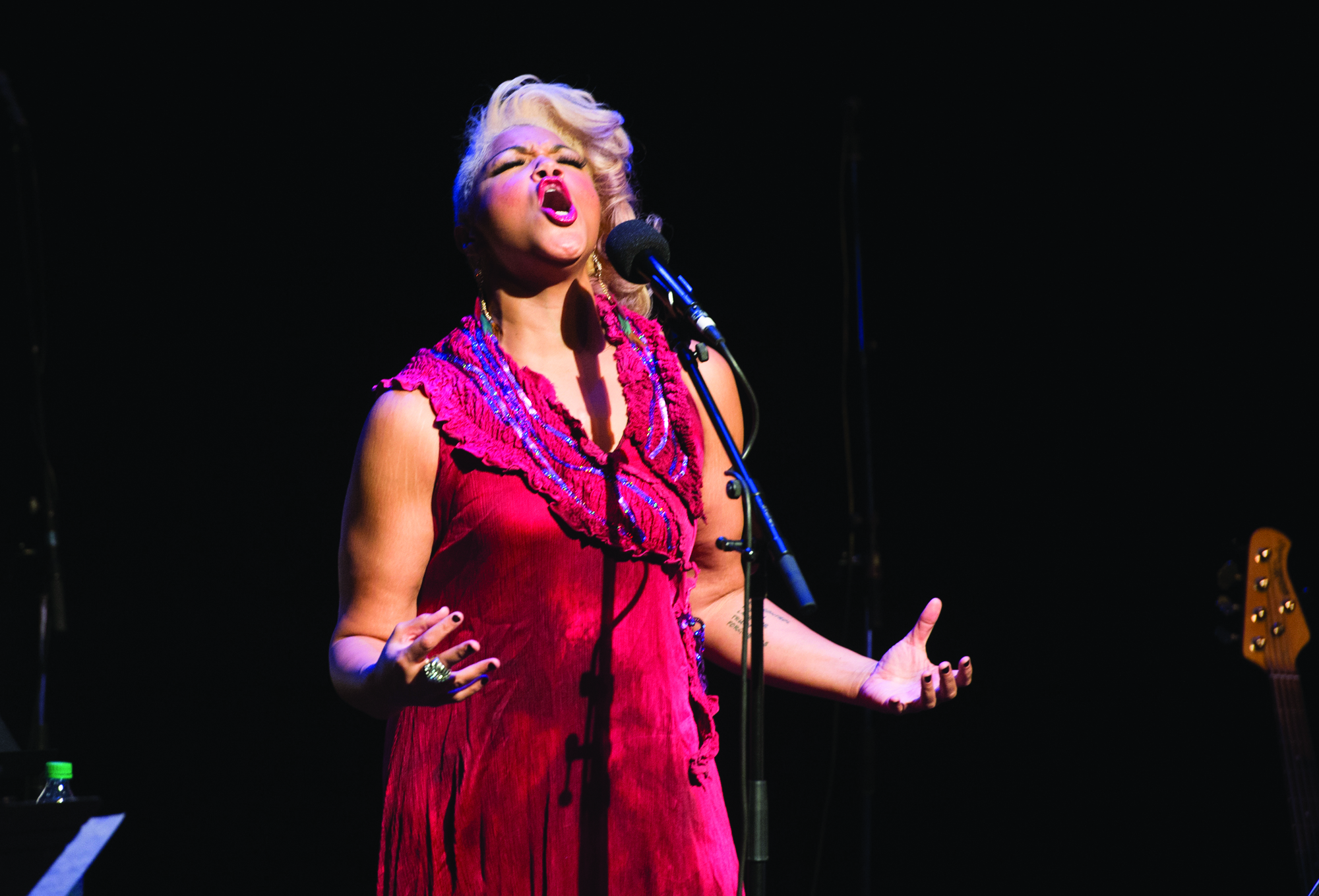 Other memoirs, like Something is Always on Fire, by New Brunswick-born and-raised Measha Brueggergosman, bring readers a sense of the grandiose and the joie de vivre. She details her life, first as a musical child prodigy and then as an international opera star, award-winning recording artist, media personality and television host.

The hook is Brueggergosman’s celebrity but what compels is the book’s honesty—especially regarding the subject of marriage—and its fascinating technical details about singing and performance. Bruggergosman’s spiritual life is also displayed front and centre.

The other aspect of Bruggergosman’s memoir that is joyously, abundantly evident is style. Style can’t be bought or borrowed; it’s either in the writer or not. Bruggergosman, a sixth-generation Maritimer and descendent of Black Loyalists who has soloed in the great concert halls of Canada, the United States, Asia and Europe, seizes the memoirist’s pen with energy, candour and at times, life-affirming crudeness. Addressing the demanding reality of singers and instrumentalists, she writes: “Whether you go on to super-stardom or not (and you likely won’t), my advice is to hold fast to what is happening now. Grab it by the balls and run as far as you can with it—wherever you are and in whatever capacity you find yourself making music or living your life.”

Often, memoirs tell us as much about a place as they do about a life. That is the case for David Ward’s hybrid literary memoir, Bay of Hope: Five Years in Newfoundland, “…part memoir, part nature writing, part love story.”

Ward’s graceful writing chronicles the five years he lived as an ecologist in the isolated Newfoundland community of MacCallum, on the province’s southern coast. The book is also “vintage” memoir in that the storyline is contained within a specific, relatively short period of time.

Love-of-place memoirs don’t always have sad endings (Alan Doyle’s Where I Belong, written about his upbringing in Petty Harbour, Newfoundland hums with happiness), but they tend in this direction. As with people, love can be most intense when partings loom or threaten.

It doesn’t take long to surmise that this homage to an outport and its peoples was actually written far from the whipping winds that come off the Atlantic Ocean, after the writer has returned to live in Ontario. In the right writer’s hands, however, individual nostalgia and longing become universal themes.

A senior writer and columnist for The Halifax Chronicle Herald, John DeMont has written for national and regional magazines and newspapers. He has also written four non-fiction books. In 2017, he added his fifth non-fiction title, The Long Way Home: A Personal History of Nova Scotia, “Equal parts narrative, memoir and meditation,” and, “…a biography of place.”

Yes to these descriptors, though it’s just as easy to term the book pure and skillful creative non-fiction, a genre defined by Wikipedia as “using literary styles and techniques to create factually accurate narratives.” I apply this term because of DeMont’s breadth and variety of subject and the weighted authority three decades of interviewing, researching and writing about anything and everything has given him as a writer.

DeMont understands that it is not enough simply to catch a reader’s attention. A writer must aim to keep it until the last page is turned. And that, again, takes style and emotional depth. DeMont’s writings about the mining days in industrial Cape Breton are searing.

Like Brueggergosman, DeMont’s enjoyment of his subjects is also evident. I was a changed person after learning about the magnificent and ill-fated Madame La Tour (Françoise-Marie Jacquelin), an Acadian heroine and warrior, and wife of Charles de Saint-Étienne de la Tour, who, writes DeMont, had “no quit” in her. Yes, it is possible for ink-stained wretches to have fun with their craft.

Which leads neatly to Sandra Phinney’s Waking Up In My Own Backyard: Explorations in Southwest Nova Scotia, a hybrid memoir, a travel writer’s personal and broader-themed narrative.

Phinney is a done-it-all, done-it-well freelance journalist, author and photographer. Particularly skilled as a travel writer, she has won multiple awards for her work in magazines and trade journals. Her breadth of knowledge about and compassion for all things Atlantic Canada is notable.

During the summer of 2015, Phinney began a “31-day summer odyssey” in July within a 100-kilometre radius from her home in rural Nova Scotia. The idea was for the engaging Phinney to meet up with neighbours and strangers alike, take in the remarkable and subtle features of her “backyard” of Southwest Nova as never before and write the stories that suggested themselves to her.

Like DeMont, Phinney loves variety in her stories. She’s also an enthusiast, writing about Acadian rappie pie, visiting waterfalls, finding “bargoons” at Frenchy’s and playing drums with a friend while watching the blue moon rise over St Mary’s Bay. Like these gem moments, her more personal essays are memorable. An essay about learning to canoe, one of Phinney’s great life passions, is one of these.

True-to-life stories entertain, inspire, shock, delight, amuse, inform and enlighten. Like novels or poetry or any genre, the variety is extensive.