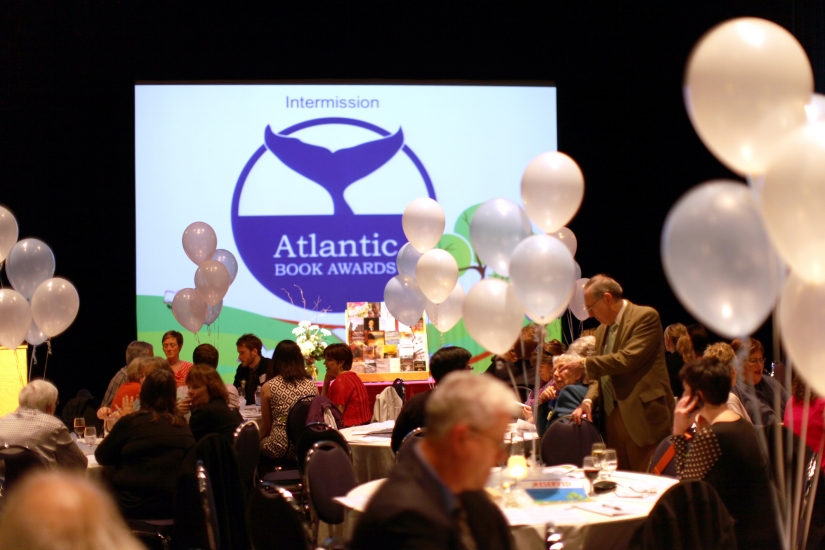 Editor’s note: Are you excited for the 2015 Atlantic Book Awards? The short list will be unveiled on April 7 at the Halifax Central Library. The event will feature readings by authors Jon Tattrie, Valerie Compton, Alexander MacLeod and Ami McKay. Learn more here. In the meantime, please enjoy this story from the archives about the 2008 Atlantic Book Awards. Maybe you’ll even find a gem of a book you missed the first time around.

The nominees in the 2008 Atlantic Book Awards come from across the region and span genres, but one thing is clear: Atlantic Canada is a hotbed of literary talent

As the Atlantic Book Awards have grown in size and diversity over the past eight years, so too have the variety and quality of Atlantic Canadian writers. The ceremony has expanded since 2000 from a total of six awards in fiction, non-fiction, poetry and children’s literature to the 10 awards given out in 2008. To measure the quality, one simply has to look at the past nominees of the prestigious Thomas Head Raddall Award, presented annually to the best work of adult fiction by a writer from the Atlantic Provinces. With names like Wayne Johnston, David Adams Richards, Lisa Moore, Alistair MacLeod, Donna Morrissey and Kenneth J. Harvey, it’s an exciting time to be a reader –and a writer– in Atlantic Canada.

Jane Buss, Executive Director of the Writers’ Federation of Nova Scotia, believes the awards are a valuable way to celebrate writers, and to give great books another opportunity to be showcased and sold. “Their regional – rather than local or provincial – emphasis makes the awards relevant to a wider audience,” says Buss, and gives greater exposure to the authors. The award ceremony itself is only one element of the week-long Atlantic Book Festival, which also includes readings, workshops, tours, new-book launches, and children’s activities across Atlantic Canada. 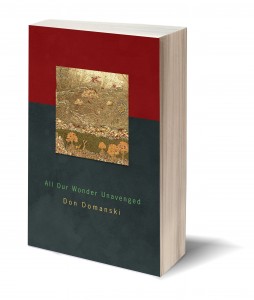 Like any selection process, the Atlantic Book Awards are bound to cause some controversy. Flinn is surprised at the exclusion of Michael Winter’s The Architects Are Here and Brian Tucker’s first novel, Big White Knuckles, “A really strong debut by a new voice.” Perhaps it speaks to the quality of writing in the region that books such as these are left off, but most of all, Flinn is pleased to see Stephanie Domet’s Homing: the whole story (from the inside out) nominated for the Margaret and John Savage First Book Award: “I think it’s really important that the awards acknowledge young writers with contemporary stories, especially ones with identifiable Atlantic locations. It’s exciting for readers to recognize streets and landmarks.”

Halifax musician and writer Clary Croft also stresses the importance of geography. He calls Judith Meyrick’s Gracie The Public Gardens Duck “charming” and praises the illustrations of Richard Rudnicki. He believes “it is important for children to be able to read books set in a location or scenario they can understand. It’s all about telling our own story, and Maritimers and Newfoundlanders do that so well.” 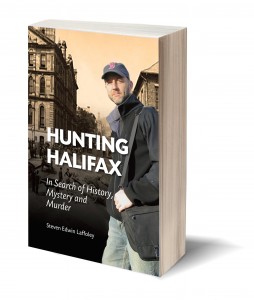 Croft also enjoyed Steven Laffoley’s Hunting Halifax: In Search of History, Mystery and Murder, nominated for the Booksellers’ Choice Award. “I devour small books written by local authors with a specific interest,” he says. “The Images of Our Past series by Nimbus is an excellent example of this. But, strangely for an author, I rarely buy books, and when given them, give most of them away after I read them. I know some people love having their books around them, but I like to get books moving and into as many hands as possible.” He calls Laffoley’s offering “quirky” and “certainly personal,” a quality in the writing that impressed him.

Heidi Hallett, owner of Frog Hollow Books in Park Lane Mall in Halifax, mentions Laffoley’s book as a staff favourite, saying “it takes readers on a dark and dirty trail through the streets and pubs of a Halifax in search of a 150-year-old murderer – the perfect book for a cold, winter night.”

Having organized launches for several books on the list, including Don Hannah’s Ragged Islands, Beatrice MacNeil’s Where White Horses Gallop, and Carol Bruneau’s Glass Voices, as well as Mersereau’s and Domet’s recent efforts, Hallett predicts that Carol Bruneau will take the Dartmouth Book Award for Fiction for her poignant depiction of a mother and family spanning more than 50 years in post-Explosion Halifax.

“We had a packed house at Frog Hollow for Glass Voices,” explains Hallett. “We couldn’t have squeezed another body in there, and we sold out immediately after the reading. This book has been enormously popular with our customers, and for good reason: Carol’s writing is beautiful, and she has an amazing gift as a storyteller. Our secondary order was sold out with advance orders before it even got to the store, and some of our customers have been patiently waiting since before Christmas to buy copies from the second print run, as, much to our dismay, the book was no longer available from the publisher just before the holidays.”

As for the Thomas Head Raddall Award, Hallett says, “David Adams Richards is usually pretty hard to beat,” but adds that she was “very moved by Don Hannah’s clever and compassionate portrait of a woman in her eighties who revisits her past and questions where she came from during the final days of her life.”

St. John’s native Wanda Nolan, currently working on her Master of Fine Arts in Creative Writing degree from the University of British Columbia, draws attention to the Raddall Award’s 2008 nominees focus on the past. “I find it interesting,” says Nolan, “that four of the novels have a historical context: Bruneau – the Halifax Explosion, MacNeil– the Second World War, Doucette – the Depression, while Morgan goes from the Second World War to the Beothuk, a century before, and to now. Even Hannah’s novel, although set today, is an investigation of the past.” She adds that these are all excellent writers with important stories to tell, but wonders where more modern Maritime stories are: “I know they’re out there.” 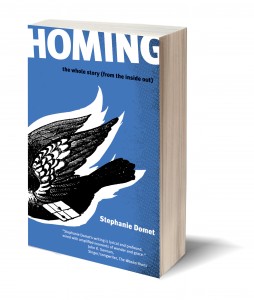 The awards are not only an exciting time for readers and writers, but for publishers as well. Of the 30 nominated books, 17 are published in Atlantic Canada, which means Atlantic Canadian publishers are making great choices about the writers and subjects they’re publishing. Goose Lane Editions, Nimbus Publishing, and Cape Breton University Press lead the way with four nominations each. Halifax publisher Robbie MacGregor of fledging Invisible Press – less than two years old and already garnering rave reviews in the Globe and Mail and earning a nomination in this year’s First Book category for Domet’s Homing – says the people at Invisible are “serious about promoting new and emerging authors, about working with people from the region. It means a lot to know that the work and stories authors are producing are resonating with the folks where [they’re] from.”