“I’ll bet you don’t skip dialogue,” is a quote I saw once. I forget who said it but I took it to heart. 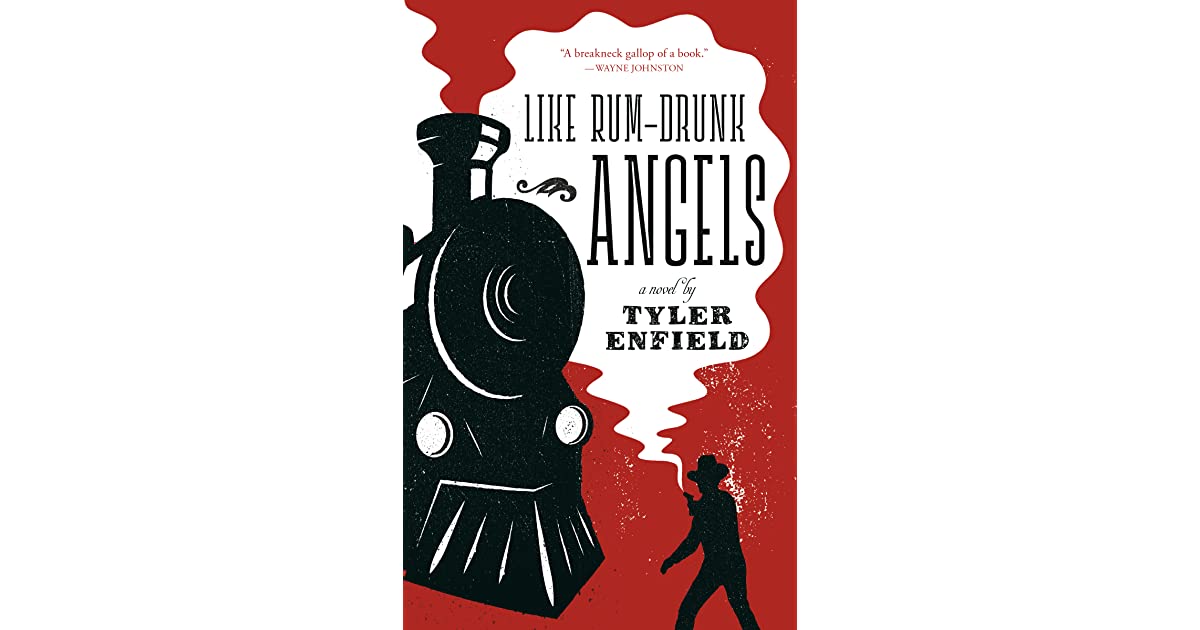 I’m not sure if Tyler Enfield has seen the same quote, but he makes a successful case for that same argument in his new novel, Like Rum Drunk Angels. (The title comes from a line in the book describing the snow-capped Sierra Mountains as viewed from the baking scrubland to the east.)

Add Enfield’s landscape portraiture to his dry, unskippable dialogue, and you’ve got the bones of a Western. Stripped down, the story goes like this: 14-year-old Francis Blackstone falls in love with the governor of Arizona’s daughter. She can’t be with Francis because he has no money.

The gang sets off from Arizona, getting into some low-stakes mischief, engaging in what Enfield calls “life’s most vibrant and absurd arc: youth.” They learn to shoot pistols and discover the joys of dynamite, useful in their series of train robberies.

A strange series of heists is one of Enfield’s more clever and original subplots. As the dynamite runs low, so do the good times, and the story becomes a more solemn affair through the last quarter. Francis’ journey becomes a solo one with some awful lows.

This transition, from fun to serious, feeling less like a good old “duster” as it comes to a close, is done with such subtlety that it wasn’t until I finished that I realized how well Enfield had pulled off that shift in tone.

Aaron Williams lives in Halifax and is the author of Chasing Fire: A Wildfire Memoir. His writing has been published in newspapers such as The Globe and Mail, Halifax Chronicle Herald and Vancouver Observer.