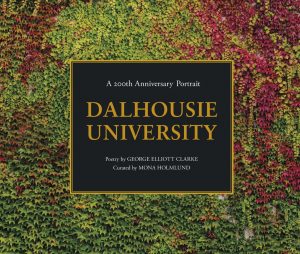 University and college anniversaries tend to inspire the publication of ponderous memorial volumes and a goodly share of attractive common room/coffee table books. Most such books end up as alumni keepsakes, visiting speaker gifts or table adornments in the admissions office.

Dalhousie University’s 200th anniversary year commemorative book may be of that genre, but it stands out as a cut above the rest. No attempt is made to duplicate the definitive and authoritative two-volume history, Lives of Dalhousie (1994 and 1997), produced by the venerable Peter B Waite. Instead, we are treated to a visually stunning, finely crafted and exquisitely tasteful living history exhibiting the richness of the university’s visual culture.

The 200th anniversary volume strikes a completely different tone from Waite’s books of record, seeking to build a bridge from the past to the future. The full-colour opening page features three Mi’kmaw Elders-in-residence wearing ceremonial dress. University president Richard Florizone conveys a contemporary message. “Drawing on our founding values,” he writes, “we aspire to academic excellence, to have an impact on local communities, and to become an inclusive institution where everyone belongs.”

Dalhousie’s founder, George Ramsay, the ninth Earl of Dalhousie, featured in Waite’s history, has almost disappeared. In place of the normally obligatory founder’s photo, we are treated to a visually attractive collage of founding artifacts, showing the original building, the cornerstone plaque and the silver trowel used in 1820 to lay the cornerstone. 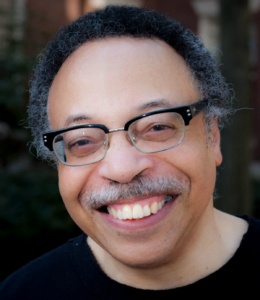 Canadian poet and Halifax’s favourite literary son, George Elliott Clarke. Commissioned as a Bicentennial Poem, it was initially delivered in a virtuoso performance on February 6, 2018 at the celebratory launch. That contribution, exhibiting Clarke’s distinctive lyrical style, sets the stage for a virtual kaleidoscope of images and visual artifacts encompassing university life over two centuries.

Building the volume around Clarke’s poem was an astute editorial decision. With the bicentennial celebration approaching, Dalhousie was embroiled in a very public controversy over its founder and revelations about his rather unsettling attitudes toward slavery and race. What better way to counter the backlash than by enlisting the support of Dalhousie’s most famous Black alumni to perform a poem summarizing the university’s past?

Clarke obliged with a feisty epic poem paying tribute to the Dalhousie tradition without whitewashing troubling aspects of the university’s past. “Dalhousie originates,” in Clarke’s words,

He captures well Dalhousie’s claim to be “free and open to all,” but, in practice, only welcoming white male Protestants, and mostly Presbyterians.

Dalhousie alumni will spot a few incisive poetic tweaks in Clarke’s verse. High Anglican King’s College, he notes, in passing, “spurned entanglements with Dalhousie” and went its own way. It’s also clear, in his verses, that doors remained closed to women until 1881 and Dalhousie did not record its first “coloured” graduate until 1896. 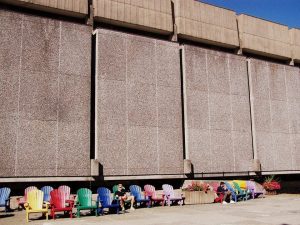 appears in the book, but it must have been referring to Hugh’s student days or the early post-war years. Surveying today’s sprawling University Avenue campus, one is immediately struck by the hodge-podge of clashing architectural styles ranging from traditional Leslie R Fairn classics to modernist monstrosities to futuristic glass-and-steel edifices.

A 200th Anniversary Portrait is experiential and organized around the stages and extensions of university student life. Scenes of a snow-covered square, a Dal spirit rally, open house days and examinations are interspersed with images of colourful Indigenous ceremonies, African Heritage Month flag raising and smiling graduates exemplifying diversity.

Feature pages do capture nicely the evolution of Dalhousie. Registration day visuals include a September 1932 application from Robert Lorne Stanfield of Truro, future Premier of Nova Scotia. The transition in libraries from the MacDonald Memorial Library study carrels of the 1930s to the food fair in the Killam Library mall is striking. Time-lapse group photos of formally dressed Dal students in 1919 are juxtaposed with today’s smiling, relaxed students, 100 years later.

Aside from one or two Lecture Hall photos, there is precious little coverage of professors in action demonstrating academic excellence. Instead, the book features students engaged in active learning on a geology trip, in a technical college lab, the Agricultural Campus milking barn, the music studio, the experimental science lab.

The 200th Anniversary commemorative book presents a presentist spin on the university’s history. Visual culture is the dominant modality and that reflects the creative priorities of Mona Holmlund, the bicentennial project lead. It is essentially a stylish, sophisticated album of fleeting memories.

“It is a cloud chamber,” Holmlund writes, “a place where transformation in time and space has been frozen, offering glimpses into multiple memories.” The result is a visually stunning book of fragmented images very much in tune with the contemporary world.