A Time of Bibliotherapy 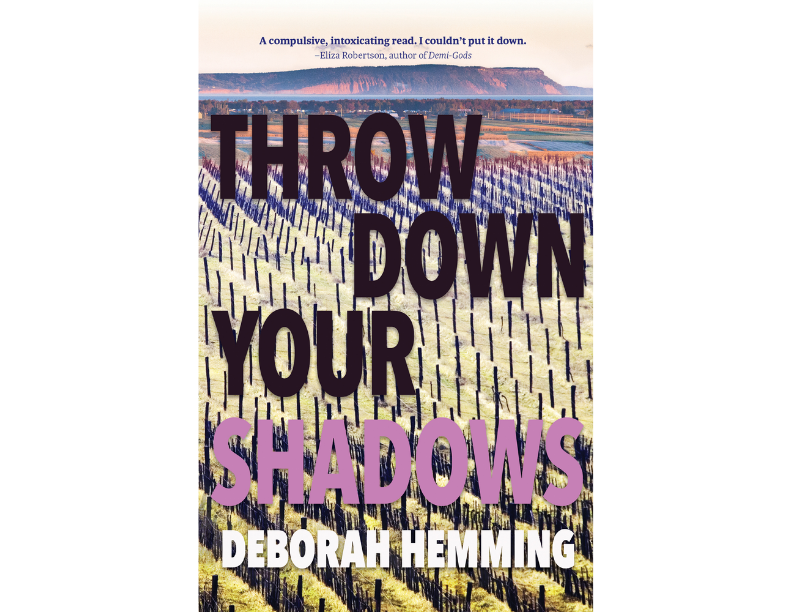 In a 1996 Harper’s Magazine essay, “Perchance to Dream,” Jonathan Franzen listed reasons for both despair and hope for the future of the substantive, social novel. It was a time in which television and movies had taken over and the Internet had begun to rise. He looked with longing back at the day and age in which “a new book by Thackeray or William Dean Howells was anticipated with the kind of fever that a late-December film release inspires today.” He bemoaned the lack of interest in serious literary fiction in an age when the average reader was beginning to demand easier and lazier fun. The essay ends on a note of hope that literature still has a place, even in the “brave new McWorld” that was 1996.

Franzen’s concerns are even more relevant in 2020. There are new additions to his list: namely, the omnipresence of the Internet and the effect it has had on everything required for serious reading—solitude, quiet, a private thought-life and the enjoyment of spending time alone.

The essay was later retitled “Why Bother?” for the collection How To Be Alone and this title better suits the sensibilities of the piece.

The question lingers: why bother? Why bother to read fiction in a time when nearly everything seems to push us away from it? Why bother reading when the vast majority of entertainment now requires no participant input? One cannot help but recall the videotape cartridge at the centre of Infinite Jest—a viewing experience so pleasurable that it renders those who watch incapable of doing anything else, including eating or sleeping, until the viewer dies in front of the screen.

Reading, a Mental Turn On

In a not-so-distant past, one did not turn their mind off for recreation—the mind was engaged. Reading was fun work— a private communion between reader and writer, between reader and characters. This requires something from the reader, but the rewards are worth it.

Written narratives do much for us, mentally and emotionally. They strengthen a personal connection to who we are and where we came from.

Take, for example, a simple exchange in “Changelings,” the fifth story in Ryan Turner’s short story collection Half-Sisters and Other Stories. The character Michael tells his mother Maggie about a woman he’s met.

These few words say much in the context of Turner’s collection. Turner’s stories show us who we are as members of a collective (in this case, our families) and as private individuals. Most importantly, they show us who we become when those versions of ourselves intersect.

In each entry of the collection, a piece of the past is hidden, denied, sought after or reexamined. Turner conducts a flawless examination of family relationships and the unreliability of memory. His crisp and minimal stories give us a picture of the messiness of life, fractured with endless angles, like sunlight through a crystal.

Novels often connect us to places that are important parts of our history. This is especially true in Deborah Hemmings’s coming-of-age novel Throw Down Your Shadows.

Winnie is a teenage girl who lives with her mother in the Gaspereau Valley wine country in the early 2000s. She and her friends exist in a tight-knit group until they and their town are disrupted, forever changed, by the arrival of a new boy.

In this light yet meaningful novel, it is refreshing to see an honest look at friendship between boys and girls without romantic complications.

Lay Figures by Mark Blagrave immerses us in questions about the meaning of art through the eyes of Elizabeth MacKinnon, a young writer who joins the artistic community in Saint John, NB, during the onset of the Second World War. The book echoes William Gaddis’ deep dive into art and authenticity, The Recognitions, in its discussions on the ownership of art and what it means to be an artist when the realities of life press in.

MacKinnon’s male characters are nuanced and well-drawn, while the female characters seem to exist only in relation to the men in their lives. Blagrave paints a vibrant picture of a time and place in Saint John’s history that is rarely represented in fiction.

We need good narrative fiction, in part for wisdom conveyed under layers of pure entertainment. The title page of Paddy Scott’s book The Union of Smokers reads: “Huckleberry Finn meets The Catcher in the Rye meets Ferris Bueller’s Day Off in this outlandish debut novel.” That’s quite a declaration for a writer’s first book.

Fortunately, The Union of Smokers is funny, intelligent and unexpectedly poignant. Twelve-year-old Kaspar Pine is about to die. His mother is gone and he has been sent to live with his grandparents after suffering abuse at the hands of his father.

It’s a tragic setup, but Kaspar uses the final moments of his life to give, as he would say, “a killer theme essay.”

Scott’s use of film and pop–culture references throughout the book works beautifully, never feeling forced. The Union of Smokers is pure exhilaration, a personal favourite of Spring 2020.

All of the above books, and many more, are profound and pleasurable escapes that take us deeper into an imaginative experience, one that engages heart and mind. In the age of binge watching, there is also a new draw to the printed page. Where once we needed to escape certain drudgeries of work life, today many tire of plugging in, using a charger, battery, cable or signal, for their escapes.

Books exist outside this technological framework. They are the original wireless.

Not only is there a place for literature in our technological world, we may need it now more than ever.

B H Lake is a Halifax-based writer who has been published in The Furious Gazelle and Writer Magazine. She is currently at work on her upcoming novel, In the Midst of Irrational Things.