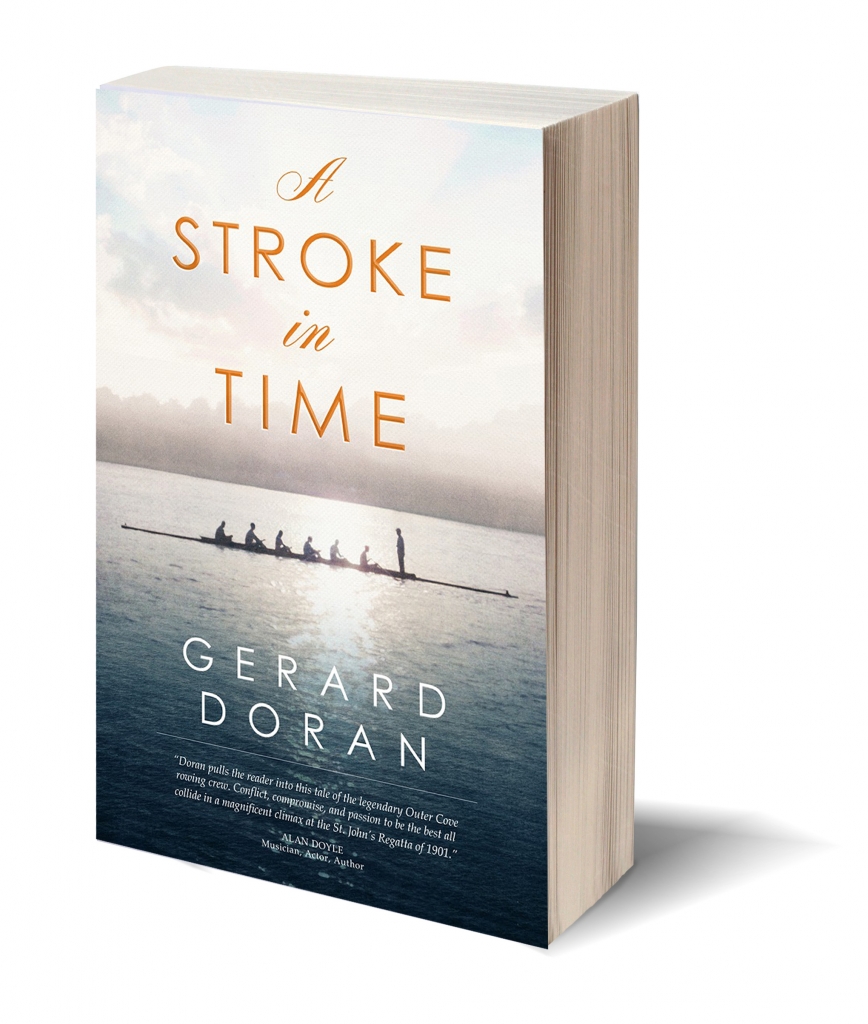 A wonderful story told well, Gerard Doran’s novel A Stroke in Time was inspired by true events. Doran grew up in Outer Cove, actively rowed and coached in the Royal St. John’s Regatta, making him a perfect person to weave a story based on the legendary 1901 rowing crew of Outer Cove.

The book is alive with colourful characters, making it hard to believe this is a debut novel. Each scene of the story matters: from selling fish at the market in St. John’s and the hardships endured by many to the rowing regatta, each word paints a picture in this turn-of-the-20th-century tale. The cadence of the words brings this story to life and you find yourself immersed in the relationships, local culture and communities, as well as the regatta itself.

Like all great storytellers, Doran has brought his characters and setting to life.