A Q&A With Rupert Clague, Who is Adapting Alistair MacLeod’s “In the Fall” to Film

British-Canadian film producer Rupert Clague is adapting Alistair MacLeod’s short story, “In the Fall” to film. It is being shot in Scotland. Cape Breton-based reporter Norma Jean MacPhee set out to get the scoop on the new film, what inspired the young producer and his fascination with the Atlantic Canadian literary great.

Norma Jean MacPhee: Where were you shooting?

Rupert Clague: While Alistair MacLeod’s writing is synonymous with Cape Breton, we believed that this heartbreaking story could be readapted to the Northern Isles of Scotland. The two may be considered very much in conversation, sharing a common history, dramatic landscape and spirit. 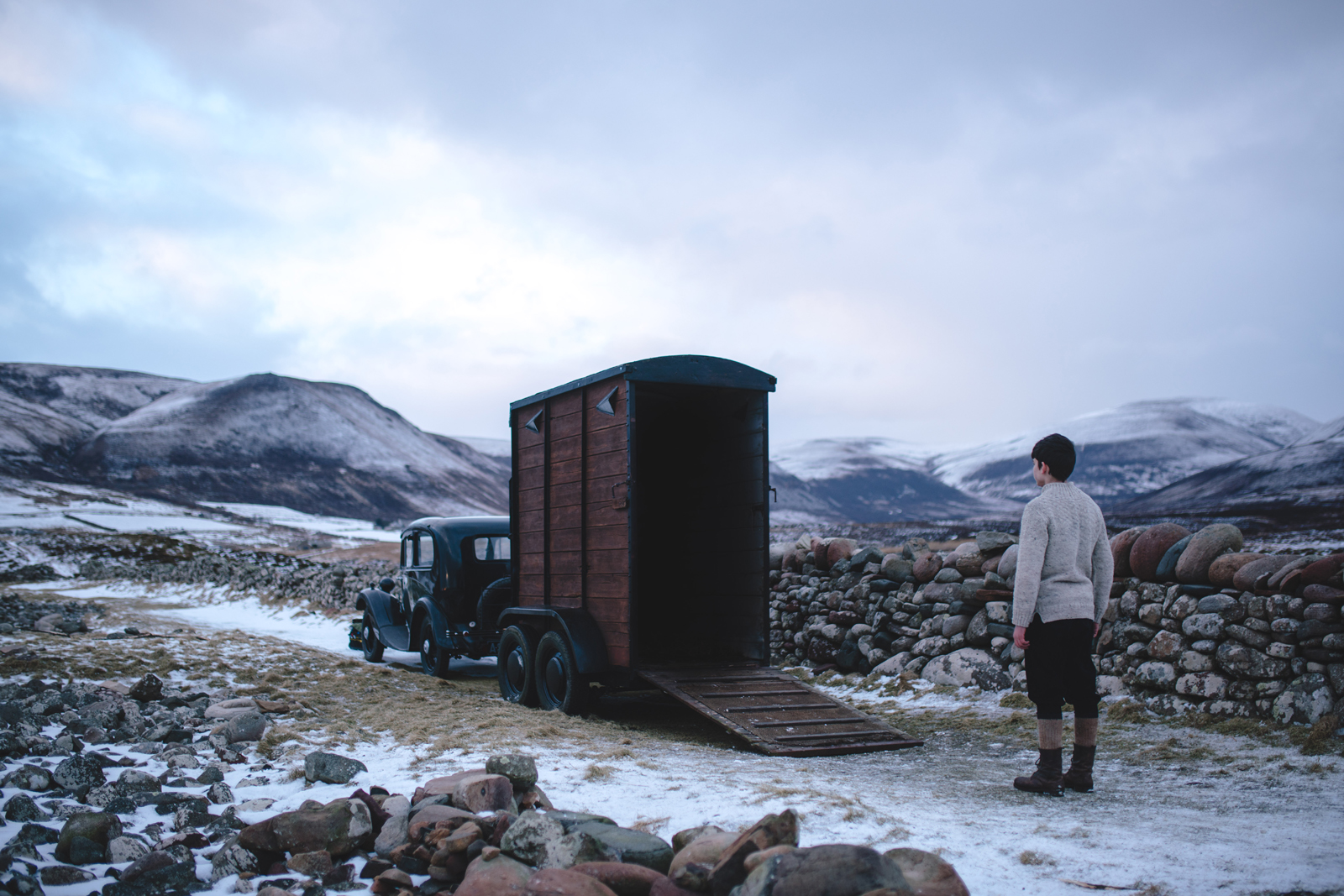 After months of discussion, we set about exploring the Orkney Islands, a stunning archipelago that appear to rise up out of the the swirling Pentland Firth.

Tom [Tom Gentle, Clague’s collaborator and director of In the Fall] and I constantly returned to the original text as we set about location scouting, aware that the anguished sea is such an intrinsic motif to Alistair MacLeod’s “In The Fall.” Despite its remote location (nine hours drive and two rough ferry crossings), the moment we discovered Rackwick Bothy, an 18th-century croft house on the island of Hoy, we knew we had found our location. Bounded by towering 200-metre cliffs and steep hills, this stone house sits in an isolated valley, adjacent to a boulder-strewn beach.

Norma Jean MacPhee: What was the weather like amidst the Beast from the East, as you say, and how did that impact the filming process?

Rupert Clague: We were always quietly nervous about shooting in such a remote location in the depths of February, but no fear! Tom and I decided it would be now or never. Unfortunately we picked the same week the UK was battered by winds from Siberia and Storm Emma, culminating in “the Beast from the East.” When we made it to Orkney, we were greeted with blue skies and luscious greenery. Happily we spent the first few days shooting our interior scenes before making our way to the hinterlands of Rackwick Bay a few nights later.

Nothing could have prepared us for what greeted us the next morning. The secluded hostel we had taken over as our filming base had been engulfed by a thick layer of snow, the roads had entirely disappeared, while Arctic winds howled through the roof. Venturing out into blizzard, the squalls hitting me as though I was being stabbed by thousands of Lilliputians.

I quietly began to think we would have to abandon the film shoot, fearing for our crew’s safety. Yet astoundingly, after a stressful morning outlining contingency plans with our brilliant production manager Alison Piper, while wondering how Iñárritu made it through The Revenant, the snow began to let up! We befriended a salt truck driver who cleared the roads for our convoy, while a local farmer lent us a couple of his quad bikes. 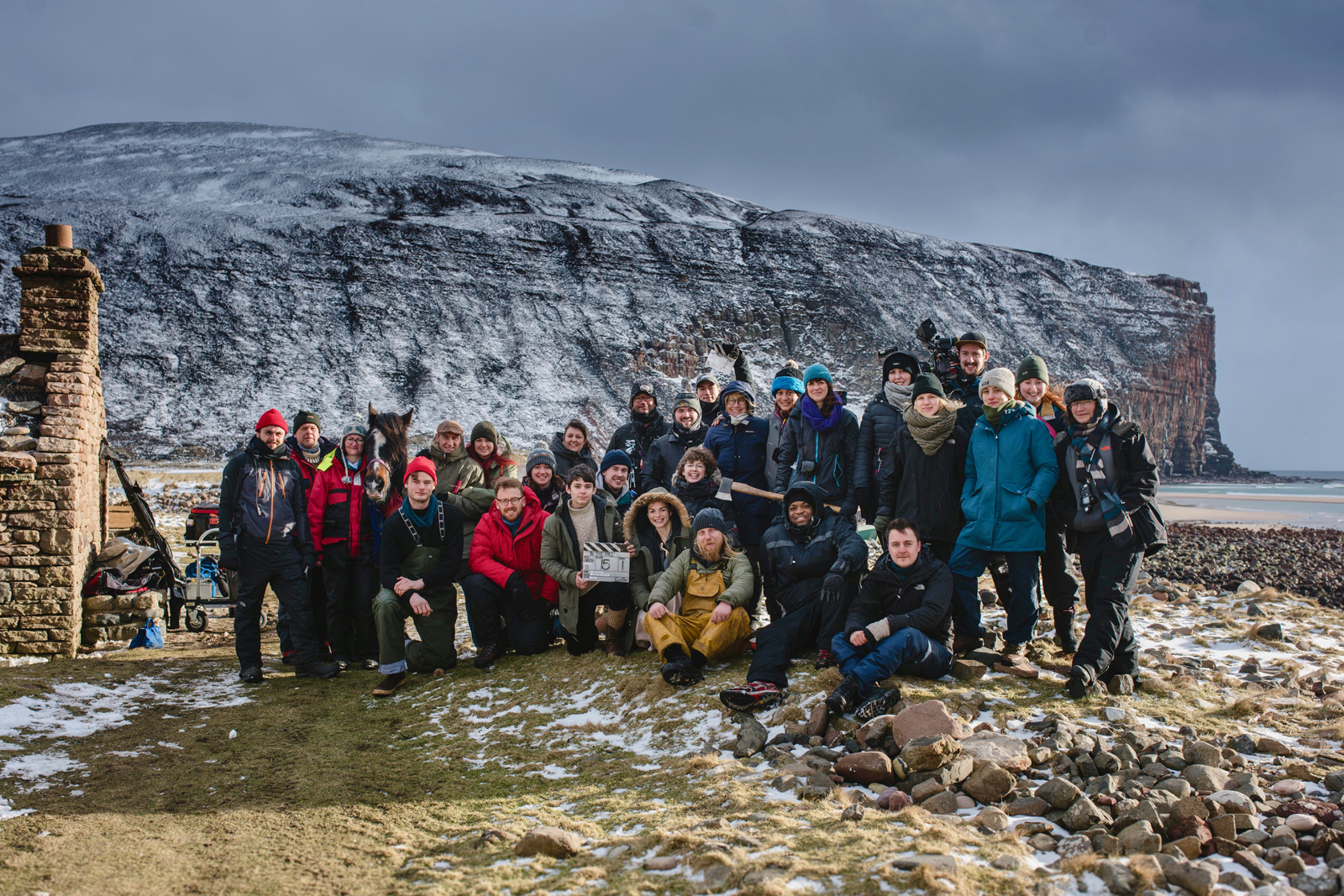 While mainland Great Britain essentially shut down, Orkney appeared to have been spared the worst. If anything, we were incredibly lucky to have the weather we did. The island became even more mythical, more stunning than we ever thought possible on film. We began to see that the encroaching snowstorm mirrored the internal state of Callum, the story’s protagonist, in pathetic fallacy.

Norma Jean MacPhee: How did things go with the horse and chickens?

Rupert Clague: WC Fields warned you should never work with animals or children and yet here we were about to do both simultaneously! Luckily in terms of the latter, we had the supremely talented Lewis McGowan playing the starring role of Callum, who cut his teeth in films such as Pirates of the Caribbean and Doctor Who. As to the horse, this was 20-year-old Isla the Welsh Cob’s big screen debut. A former working horse, Isla was not especially willing to take direction, but thanks to her handlers, Orkney locals Magnus and Rachel Thomson (as well as countless handfuls of polo mints) we got her to perform brilliantly. Happily I can say that no animals (chickens included) were harmed in the making of this film.

Norma Jean MacPhee: Besides the weather, what were your other challenges?

Rupert Clague: The weather certainly came as a surprise, though as with any creative project, we experienced many other unexpected outcomes.

Tom and I have both made films before, though this was our first-time collaboration. Moreover, it was the first time we had set our hearts on bringing someone else’s words to the screen: Alistair MacLeod.

Adapting his story brought another weight to the set and a responsibility to do his work justice. We would continually refer back to the text, reflecting upon what each poetic phrase meant to us and for the characters themselves.

We hope he would be proud — indeed, it was joyous to see a crew of 35 people working tirelessly (often through sideways sleet) to honour his memory and to bring his words to life. 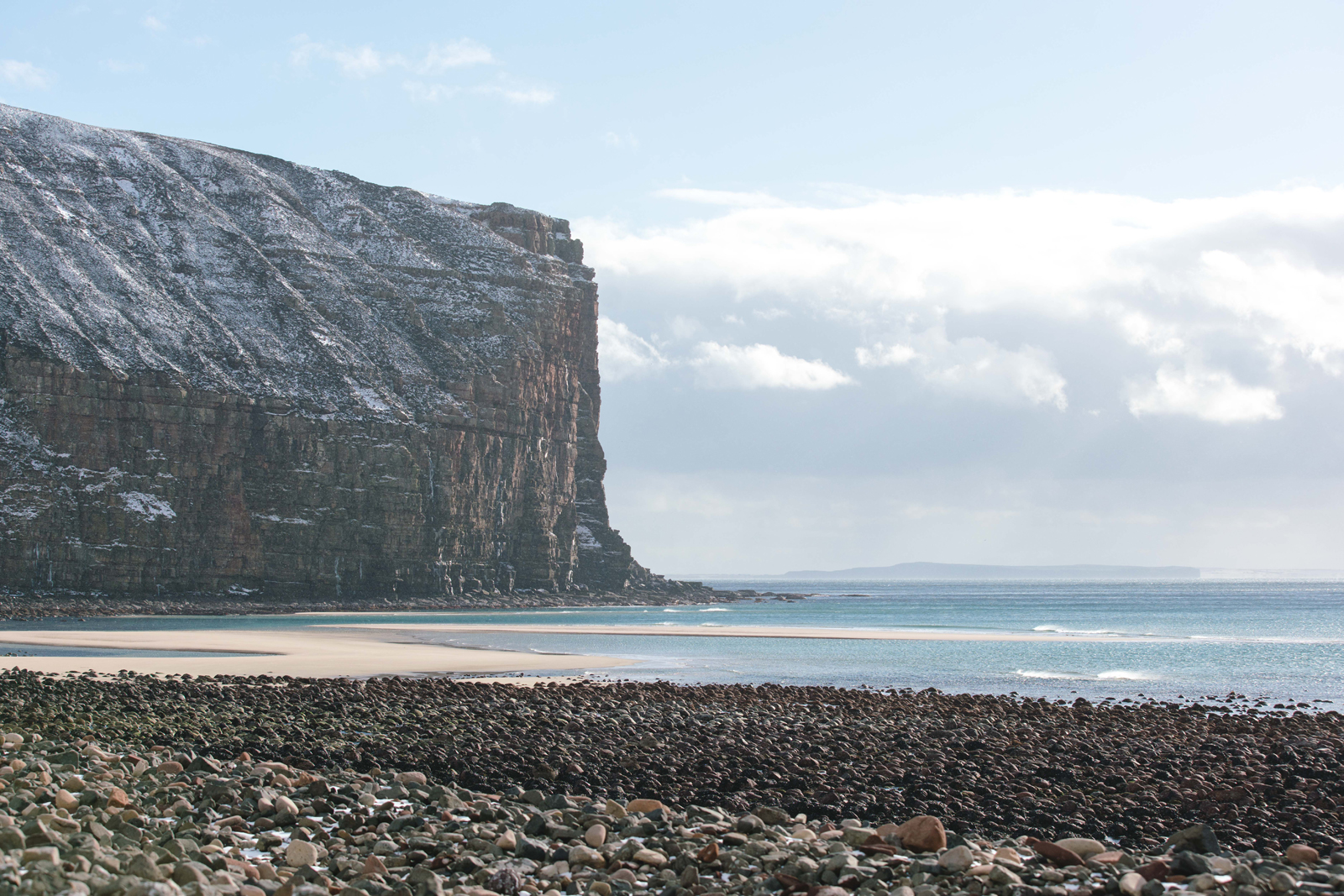 Norma Jean MacPhee: Did you capture what you envisioned?

Rupert Clague: We have just begun to immerse ourselves in the edit, but already I can tell you that despite all manner of bumps along the way (from snow drifts to runway horses) we have made something very special here. The performances from our actors — the supremely talented Susan Coyle, Stuart Bowman, Brian Ferguson and Lewis McGowan — have made this film more beautiful than Tom and I could have hoped for. I cannot wait to share it with you.

Norma Jean MacPhee: What are your next steps?

Rupert Clague: After a day or two’s rest to recover the use of our frostbitten limbs, Tom and I have jumped straight into the edit as the race to get our film ready for the festival circuit has already begun.

We have the highest ambitions for In The Fall and accordingly it will be entered at the highest-profile film festivals around the world, the likes of TIFF, Sundance, South by Southwest, Berlin, Venice and the Atlantic Film Fest. We’re also exceptionally keen to take the film to Cape Breton for a special Alistair MacLeod pilgrimage.

Norma Jean MacPhee is a freelance journalist in Cape Breton.