A milestone anniversary for Tidewater Books 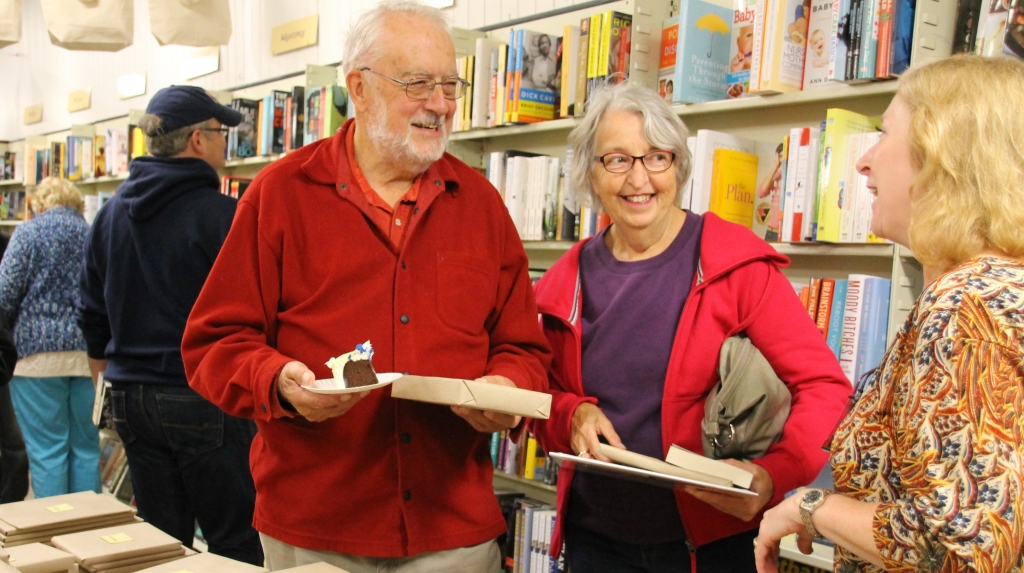 Sackville, New Brunswick-based Tidewater Books owner Ellen Pickle is known for her red-headed stubborn streak. “When I started this business the sky was falling and it’s been falling ever since, but it goes up again. Six months after I opened, the chain opened in Dieppe and people said you won’t survive. Twenty years later I’m still here. People said audio books were going to put print out of business, then it was books on CD, but they didn’t,” she says.

Despite major shifts in reading mediums, Tidewater celebrated its 20th anniversary in October, and despite wet and windy weather, over 100 customers stopped into the bookstore to wish the staff well.

Pickle readily admits the book business has changed substantially since 1995, and not always for the better. “We went through a period where independents were closing because they were so undercut by e-books. When I first went to the Atlantic Independent Booksellers’ Fair there were over 40 people in attendance. Now we’re down to about 11. We’ve seen stores disappear, and yes, we did take a hit between e-books and online discounters. It hurt, but I felt it was another tempest in a teapot and I could ride it out, because people who truly appreciate books are going to want ones they can keep in their collections.” Over the last two years Canadian e-book sales have flattened while print book sales seem to be stabilizing.

Pickle has always been a bookworm. “I recall my mother saying at age three I was carrying books around and wouldn’t put them down,” she says, “so books are in my DNA.” Growing up in Bath, NB, she learned about retail in the family-owned hardware store, and later honed her skills managing two Sackville-based businesses. 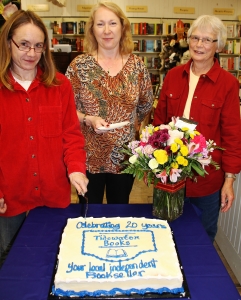 “I recognized a need for a bookstore here, because when I travelled I’d come back with bags and bags of books. I knew I’d be staying as my husband was a Mount A. professor, I thought if I’m going to work 60-70 hours a week managing other people’s businesses, I should do it for myself. No guts, no glory, let’s do it!”

After studying with the American Booksellers Association in Boston, she purchased Samuelson’s Stationary on Bridge Street and set about defying naysayers.

Creative partnerships have contributed to Tidewater’s longevity. For a time Ellen operated a kiosk at the Greater Moncton International Airport and although it was unsuccessful, it introduced her to the Frye Festival organizers who invited her to be their official bookseller. She supports local authors, teams up with Mount Allison and Writers’ Federation of New Brunswick literary events and fills library orders.

Five years ago when Tidewater took a hit related to the surging popularity of e-books, Ellen embarked on another partnership, moving across the street to share space with The Crofter, a toy and gift shop, owned by Heather Gilbert Patterson, who’d once worked for Ellen. “It came full circle,” she says, “and allowed us to share costs [although the businesses remain independent] and ride out the rougher times.”

Not only has Tidewater survived in Sackville, it draws customers from a wide geographic area who know Ellen or one of her long-time staff, Barbara Clarke and Nancy Burkhart, will provide personal service.

“When you put the right book in someone’s hand, it’s a really neat feeling to know you’ve done something good with your job,” she says. “Many business owners don’t work on Saturdays, but I do because that’s the day true book lovers shop, so I’m on the floor, interacting with people who enjoy books and love literature as much as I do.”