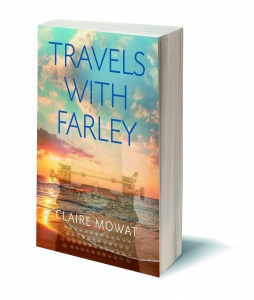 With its re-release, Claire Mowat hopes Travels with Farley: A Memoir will help preserve her late husband’s legacy, as much as his own books do.

Mowat is the widow of Canadian author Farley Mowat whose books included Lost in the Barrens, Owls in the Family and Never Cry Wolf. Farley passed away in 2014 at the age of 92. Now, a year and a half later, Mowat is reflecting on their life together and how she’d like to see her husband represented to future generations.

“I like to see any mention of Farley continue on,” says Mowat. ”I hope his work will go on for a long time.”

This task of looking back on their time together not only includes going through some of Farley’s possessions and choosing what will be donated to archives, but re-reading her own work now that Travels with Farley is being republished by Pottersfield Press.

“I think other people will have things to say about his life and work, after all he did write over 40 books, [but] I think this [the memoir] just adds one more reflection of his life,” says Mowat. 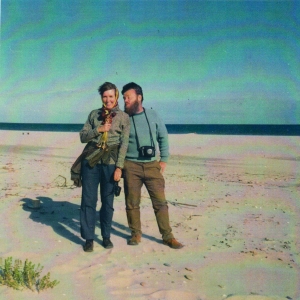 e, Travels with Farley is an intimate look at the people, places and events that shaped the Mowats. Instead of Newfoundland, it focuses on the Magdalen Islands in the Gulf of St. Lawrence. While there were positives and negative aspects of living in such a small, isolated place, the islands eventually became a home and a source inspiration for both writers.

While Mowat notes that due to Farley’s passing some phrases had to be changed from “We” to “I,” the work remains as relevant as ever.

“I think it stands the test of time, quite frankly. What I had to say about certain places and people is still valid,” she says. “If you write something about a historic period and if you tell a story truthfully and well, it endures.”

Mowat also notes that there are number of other important moments and adventures from their almost 50 year marriage she could have written about. However, due to concerns of length, she did have to be selective about what to include in the book.

“If I wrote down every trip we ever took, the book would be 5000 pages,” she says. “So I had to whittle it down to certain places we lived and travelled. I wanted to write about the Magdalen Islands because no one knows much about it, or that’s what I found.”

Overall no matter what its impact during the re-release, Mowat hopes that new readers enjoy Travels with Farley as much as she has looking back on it years later.

“My reflections on my life with him are still interesting to me and I hope they interest other people as well,” she says.

Along with Travels with Farley and The Outport People, Claire Mowat’s books include Pomp and Circumstances, The Girl from Away, The French Isles and Last Summer in Louisbourg.