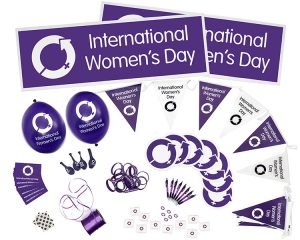 Happy International Women’s Day! Atlantic Books Today salutes the many women who have struggled for equality, for women’s rights, over the centuries. And, for the second year in a row, we express gratitude to the writers of astute feminist analysis, the groundwork for progress in policy and human behaviour that can, we hope, result in true equality for all genders. This analysis is found in fiction, fact and poetry, and has been for some time.

Recently, there’s been a real wave of new books that aren’t afraid to embrace feminism. Some do so overtly, through an explicitly feminist lens. Others are feminist simply in their embrace of women’s stories, or their innate challenge of stereotypical feminine roles. Here are just five of the many feminist books from Atlantic Canadian writers and publishers:

Historically, women’s voices have largely been ignored, and often forgotten. In recent decades, feminist scholars and writers have been “assigning value to what became labelled ‘women’s history’ and to the previously discounted diaries, letters and publications produced by women, which open a window on how half of humanity experienced their lives in past times.” But to avoid repeating past mistakes, we must value the lives and stories of women living today, and not only economic, thought and political leaders. Here are the voices of 13 diverse women (“a PEI farm girl exploring her early intuitive knowings, a tattooed millennial struggling with PTSD, a mature academic rebounding from the betrayal of her marriage, and a bride whose wedding day is a triumph over a treacherous past”), transforming “the grit of female experience into pearls of truth and beauty.”

Around the Province in 88 Days
Emily Taylor Smith
Pottersfield Press

More than just a grrl power story, Around the Province in 88 Days is a true hero’s tale with a strong female lead and equally strong female characters throughout. “We don’t wear make-up and we don’t dust,” the protagonist is told by a woman near Sable River, who rebuilt the area’s walking trails and won a Community Spirit Award. Taylor Smith covers a marathon a day in her quest to raise awareness for the Heart and Stroke Foundation and the Brigadoon Children’s Camp Society.

The ongoing calling out of abusive men has signalled a cultural shift in gender attitudes, but the mission to end their abuse is unfinished. These essayists (including Haligonians El Jones, Sherry Pictou and Ardath Whynacht) argue consent-and-sexual-violence conversations ignore deeper, intertwining roots of racism, misogyny, homophobia, transphobia, ableism and colonialism.

The theme of this young adult novel is the Winnipeg General Strike of 1919, Canada’s most famous general strike, during which more than 30,000 workers risked literal starvation and the violence of scrub police to unite against powerful industrialists for fair wages and working conditions. But the focus is on 10-year-old Cassie, who due to her gender is not expected to ever have a job outside the home, yet plays a critical role in the strike distributing the strike bulletin. She is one of many too-long overlooked women, young and old, who take leadership roles in the movement for workers’ rights–the real-life version of which has benefitted all Canadians in the century since.

BC poet Laisha Rosnau calls Jenna Lyn Albert’s debut “Acadian steampunk rhythm—unable to use its inside voice.” Or perhaps, determined not to. It’s kick-arse poetry, “throwing enough shade to eclipse Jupiter’s moons,” as the poet herself says in the title composition. And yet she writes with honest vulnerability: “If all else fails, scream.” As the publisher says,, “The roles of Acadienne and feminist come with the responsibility of speaking up, and Bec and Call is a means of vocalizing the societal dérangement of Acadian culture amidst the difficulties women encounter as a result of rape culture and anti-feminism.”