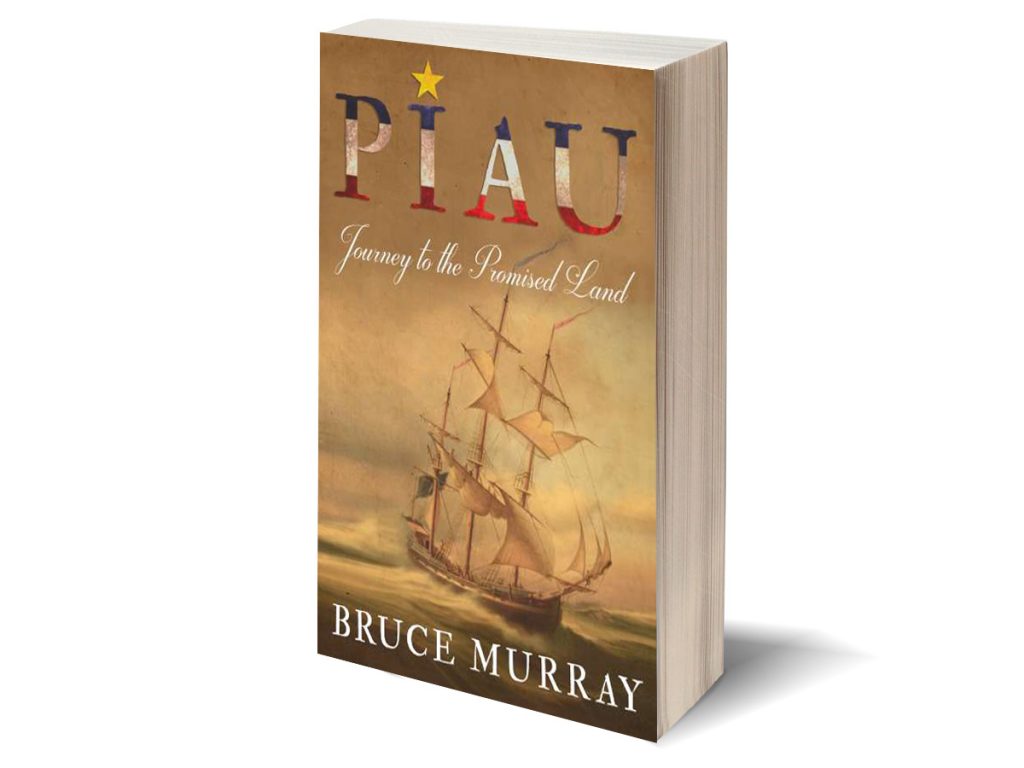 As a novel, PIAU: Journey to the Promised Land is a gentle, historical page-turner. While most of what has been written about the Acadians focuses on the big-event perspective of deportation, PIAU draws down on the impact on people to give a deliciously different and detailed perspective. It is a perspective that at times leaves the reader who knows the history to cringe, thinking, “Oh bad choice…”

PIAU fills in the gaps from the time of the settlement of Port Royal to the deportation to the return from exile to rebuilding and repopulation of the region. Author Bruce Murray does this with a compelling intimacy of a diary-like tale of several interlinked extended families in multiple communities around the Bay of Fundy.

On the first page Pierre Belliveau, Piau, the main character and diarist, says, “Every possible joy and calamity has come upon me because I am Acadian. Like Moses and the Israelites, who escaped the mighty pharaoh and his army, my people and I escaped the British and their army and have wandered through the wilderness, searching for the Promised Land.”

PIAU is not a book about victimization, rather it is an empowering book that explores decades of co-existence between the French, Acadians, British and Mi’kmaq, as well as colonial commerce and the bloody impact of European wars on these peoples and communities. The story begins with early subterfuge that portrays Acadia as a Casablanca-like hotbed of spies, then leads to arcadian summers and follows history through bloody battles for Annapolis to deportation and return.

Those who live in or are familiar with Nova Scotia’s Annapolis Valley will appreciate Piau’s observation, “We are living in a splendid and intoxicating world of pink and perfume for as far as our eyes can see and our noses can smell. Thousands of apple trees have burst into glorious bloom. I am organizing an apple blossom festival…”

And in laying out the (non-sexual) intimacy between Piau and his cousin, Benjamin, Murray debunks the emotional eunuch cliché of male friendships and inspires Paiu’s wife Jeanne to comment, “I recognize the depth of feeling you share with one another. You speak in half sentences when you are together, so complete is your understanding.” It’s not that this is a love that dare not speak its name, but rather it is a male love/friendship/bond often ignored or dismissed in other literature.

While the deportation sent more than 10,000 Acadians from their homeland, thousands more, aided by the Mi’kmaq, hid in the forests and survived. Some did not. Piau’s journey illustrates the grim deprivations of such an experience and reminds us that 263 years after the deportation, people are still being driven from their homeland. As the book observes, “Change is inevitable, but forced change is tyrannical.”

PIAU: Journey to the Promised Land is a dynamic story of a people’s survival.