“Reading exerts a positive effect on the developing brain.”
–The American Academy of Pediatrics, 2014

The above statement sounds like a quip from Captain Obvious. Common sense, right? The thing about common sense is, science doesn’t always back it up. In this case, it does. Study after study shows us that young people who read are better at logic and math, as well as other intellectual pursuits.

One incredible study that followed 17,000 people from birth found that “reading for pleasure was linked to greater intellectual progress … in vocabulary, spelling and mathematics. In fact, the impact was around four times greater than that of having a parent with a post-secondary degree.”

Reading has also been demonstrated to improve a child’s sense of empathy and compassion, their ability to walk in the proverbial other person’s shoes. Surely that requires a high order of intelligence.

Here are 11 books that will build brain matter in the young and young at heart: 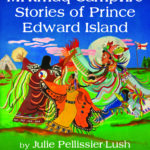 These are the oldest stories of this land, Mi’kma’ki, passed down through the generations. It is ancient wisdom about everything from medicine to harvesting food and ensuring there is enough for everyone. The knowledge was shared in songs and stories, so that young and old were fully engaged.

As the author writes, “if we need to teach a child a lesson, and as a culture that believes in non-interference, we would not tell a child what they can or cannot do—instead we tell them a story to explain to them why they should do what we suggest.” 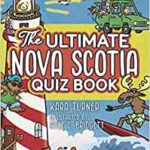 “Canada’s first post office was opened in Halifax in 1754. Mail was moved by:

Go ahead and answer. We’ll wait. … Children are often skeptical when adults say “learning is fun.” This book is enough fun–jammed as it is with tongue twisters, trivia, match games, illustrations, jokes, records, sports and lore–that they may not realize it’s all full of learning. Like any good book for the young, the less young will appreciate it too, no matter how buff their trivia game. By the way, the answer’s in the book. 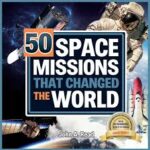 “One small step for man…”

John A Read, a telescope operator at the Burke-Gaffney Observatory and a member of the Halifax Centre of the Royal Astronomical Society of Canada, has ’em all here in one fascinating little book. Read is a natural born science writer and every adventure is as exciting–filled with everything from spy games to space tourism to international diplomacy toward a grand human mission–as space exploration should be.

Our Heroes of COVID-19 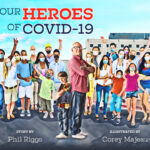 Our Heroes of COVID-19 is touching on two levels. First and foremost is the love between and a boy and his grandfather. In this story, as in so many true-life versions, Joel and his grandpa miss each other immensely, but must stay separated due to the risk of spreading the potentially deadly virus.

Their reunion is a universally relatable moment of beauty. The thing they do is simple. They go for a walk. And they talk about their lives, about the world.

Soon enough that talk becomes gratitude. While the world was shut down, they realize, there were many heroic people who stepped up to help. Doctors, nurses, grocery store workers, truck drivers. The people who risked everything to ensure the rest of us could stay safe. It’s a moving story of simple appreciation, something to help all of us learn. 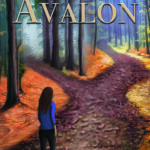 If Sesame Street can tackle the difficult and complex issue of addiction, why can’t a young adult novel? New Brunswick author Pamela MacDonald does just that in Finding Avalon with a great deal of sensitivity and understanding of the adolescent mind. The emotions that arise in any family afflicted by addiction come fast and furious, and the hurt is deep and real. The protagonist, the titular Avalon, does learn to understand her mother’s struggles, and in the process grows into a more mature, more trusting person. But MacDonald is wise in not tying everything up in a nice shiny ribbon, keeping the narrative real and believable. 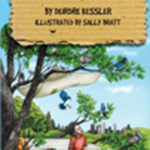 Beloved poet and children’s author Deirdre Kessler returns with a contemplative and suspenseful tale holding the fates of many wild animals and one little boy’s treehouse in the balance. Danger – Keep Out! hits home with important and empowering messages about the value of the natural world, the necessity of habitat for all species, and the impressive power of a community that works together for what is right. 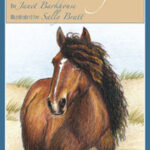 Beloved children’s author and poet Janet Barkhouse’s classic imaginative journey to a place that so often defies imagination: Sable Island, a bar of sand in ocean, final resting place of many shipwrecks and home of a herd of wild horses. In seven descriptive chapters, Barkhouse’s readers will learn about puddle jumpers, wildlife science, the diets of island horses, biodiversity on Sable Island, how children saved the wild horses and how human behaviour affects wildlife. It’s a fabulous fantasy for a child, but an educative one that pays due respect to the natural world and its inhabitants. 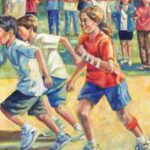 All of the author’s royalties on the sale of this book are being donated to The Epilepsy Association of Nova Scotia. Epilepsy affects more than four million North Americans. This book is based on the true story of a young girl diagnosed with a very rare form of epilepsy called Rasmussen’s Encephalitis. Claire is repeatedly disappointed when she can’t join her friends in riding a bike, roller blading or scootering. Finally she finds an activity in which she can participate, joining 78 other runners in the Lunenburg County Meet. An inspiring story of courage and determination in the face of adversity, Claire’s Race will show many of its young readers a new perspective on ability, disability and how we define success in competition. 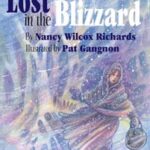 The old folks always say young ones have it easy now, but it’s not easy for children to wrap their heads around the idea of no video games, no phones, no electricity, no doctor, no heat. Yet there was a time that was normal in these parts, and it made bare survival challenging at times. Here is an adventure that unfolds from a desperate need for fire starter, brought about by the illness of a family member. Our hero, Emma, is saved by an unexpected ally, an Ojibway girl, who subtly shows her the way home again. Readers will learn about life in another era, and the elements of survival. 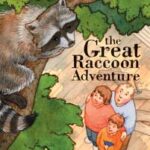 This is a story about urban wildlife. While most adults in the city find wild animals to be more pest than intellectual pursuit, young Daniel learns to appreciate the raccoons tormenting his parents with scientific interest. He observes and records as the battle of wit and wills escalates, learning as he goes about raccoon behavioural patterns. He will miss them once an effective deterrent is found … until a wily skunk wanders into the backyard. Readers will learn much about raccoon families and foraging habits, and gain a new appreciation for urban wildlife. 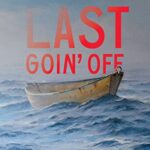 Aaron Conrad is a smart lad, eager to see the world and learn from it, get himself a proper education. Everybody knows it. But things look determined to go in another direction when he loses both his father and older brother in one tragic accident at sea. Now Aaron’s the man of the house and expected to win the bread as a fishermen, like his father did before him. Everything about this novel feels authentic, from the rural Nova Scotian language of the early 20th century, to the tight squabbling family dynamic to the difficult dilemma facing the protagonist, and ultimately the resolution that brings him what he needs, if not exactly what he wants. Readers will learn about life of a rural fishing community more than 100 years ago, and the great value of an education, something we often take for granted today.