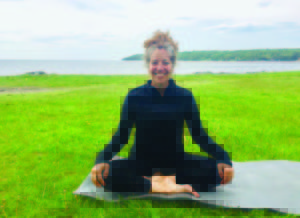 True confession: four years ago, I moved from Waterloo, Ontario, to Halifax. With me came the naive belief that every place in Canada was mostly the same.

How wrong I was.

This windswept, hurricane-prone East Coast and its craggy, seemingly limitless shoreline is anything but. Here lives an intricately connected holding ground for raw, unadulterated, infinitely creative writing talent, informed by place and plentiful enough to write a book about.

How about a magazine instead?

This issue honours the Atlantic region’s astonishing literary ecosystem, beginning with its cover. The original artwork was painted by Jennifer Thornhill Verma, whose first book, Cod Collapse, is reviewed in the issue by Jeffrey Hutchings, a professor at Dalhousie known internationally for his work on the ecology of fish. (And, coincidentally, Jennifer is a graduate of an MFA program profiled in Kim Hick’s feature, So you want to write a book.)

Meanwhile, Allison Lawlor explores the region’s explosion of books in Telling the story of Atlantic Canada, Jessica Leeder uncovers how living in Newfoundland inspires Michael Crummey, Cape Breton-born and raised Amy Spurway writes of the transformation of hardship into humour in Alchemists of the Atlantic and Sarah Sawler helps us all find more books in her aptly titled And one small thing led to another.

And isn’t that just how it goes here, as I’ve learned—life in defiance of the six degrees of separation rule. In the Atlantic region, it’s one, so best mind your p’s and q’s, as Linden MacIntyre pointed out to me in a recent chat.

Jam-packed with profiles and reviews and even a hand-drawn feature on three memoir authors by Susan MacLeod, we got up close with the Atlantic region’s places and its writers and examined how they fold their words into what it is we all love: books. I do hope you enjoy the books mentioned, and what the authors and writers have to say. We packed in as much as we could, and for every book mentioned in these pages, know there are many more waiting for you to find them.

So, get thee to your local bookstore!

And Halifax? Yeah, it’s the farthest thing from a “every place in Canada is the same,” and this Come From Away is both gobsmacked and humbled to have been let inside its creative ethos.