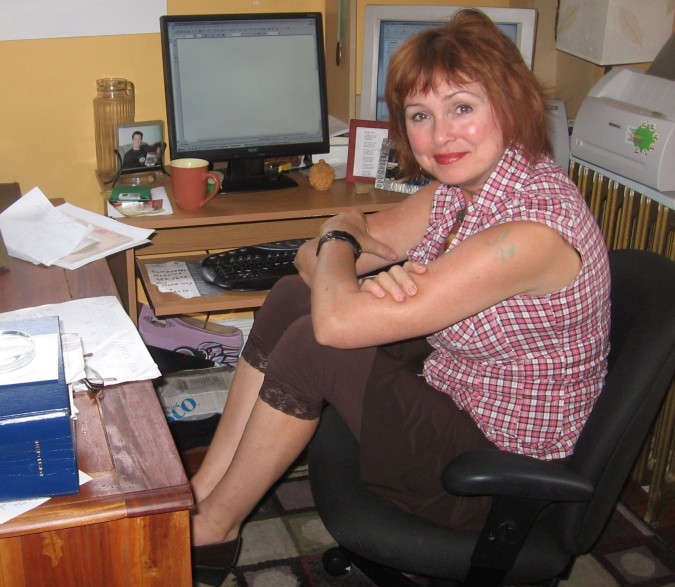 Donna Morrissey is enjoying a little time off. The Newfoundland-born, award-winning author of Kit’s Law, Downhill Chance and Sylvanus Now has just finished the final edit of her latest book, What They Wanted, which is scheduled for release this fall. Recently, ABT’s Stephen Clare spoke with Morrissey at her home in Halifax about the new work.

What They Wanted is set on the wild shores of a Newfoundland outport and the equally wild environment of an Alberta oil rig. After Sylvanus Now suffers a heart attack, family tensions come to a fore: a novel about guilt, responsibility, tragedy and the enduring ties of family.

SC: What inspired you to write What They Wanted?

DM: This is a book that I both wanted and needed to write, and it is based on the true story of me and my brother. I have always followed the dictum that an author should write what they know, and what I know best is my family. In that way, What They Wanted is a natural progression from Sylvanus Now in that it touches on my mother’s life, though it maybe became more about my life as the story unfolded.

SC: Did the work come together quickly or did you really need to plug away at it?

DM: This one was extremely intense and difficult for me because it was so personal and painful to dig up the tragedies and hurt from the past. But I was very determined to finish it both for myself and for my father as a way of healing those wounds that we both carry. The irony of it all was that my dad passed away the day after it was completed.

SC: How did he feel about you bringing this story to light?

DM: He knew in his heart that this was going to be a beautiful book. Though it has been somewhat fictionalized in the novel, it is a story that he knew well and that had a special significance and poignancy for him, even though he could never talk about. In fact, we never discussed it as a family.

SC: What was the most challenging part of putting the story together?

DM: Aside from digging up those hurts, it had to be learning about the oil rigs and then conveying those details in a way that could make sense to both a casual reader and a mechanical engineer.

SC: What was the most rewarding aspect?

DM: The process of elevating a story to a place of mythology is something that I have come to enjoy more with each new work. Death has been like a very dark stranger at our family’s door for many years, and writing has been one way by which I have come to terms with the mortality of those around me, as well as my own. And it is through this creative process that I have come to recognize that, despite the horrific tragedy of losing four of our siblings, the pain actually has actually made the rest of us stronger.

SC: Do you feel that the book brings some closure on this chapter of your life?

DM: Yes and no. On the one hand, it neatly wraps up some internal and external details that needed clarifying in my own mind. On the other hand I feel that it opens up some other doors for me that need to be walked through.

SC: How do you think that you have changed as an author since your earlier works?

DM: I think that I have grown as a writer—so much so that I hardly recognize my previous books. I certainly have become more merciless in my editing; What They Wanted was originally 120,000 words, but I kept cutting it back to eliminate the parts that I felt were not entirely necessary. Interestingly, at the same time, I feel that I have become more mindful of developing my characters now and of exploring their ideas and emotions, especially as they have matured into adulthood.

SC: What do you have planned now? Are you working on something new?

DM: Like any writer, I’ve always got a few things in the hopper and I feel that there are still plenty of stories left for me to tell, especially with regard to my family. The challenge now is that my work is catching up with my age, and that with each new book, the story comes closer to where I am today. For the immediate future however, aside from some upcoming promotional touring after the book is released, I am going to do my best to enjoy some long-overdue time off.