Carloe  Liu
Carloe (Shan) Liu is an illustrator, printmaker, and art teacher. She was born in China, studied media arts in Japan, and has a masters degree in Fine Arts. In 2008 Carloe immigrated to Canada. After working as a graphic designer for years, she gave birth to her son, Lufei, and started focusing on illustration. She likes to use watercolour, oil pastel, coloured pencil, and linocut print. She has also illustrated Always With You, written by Eric Walters. Carloe lives in Halifax with her family. 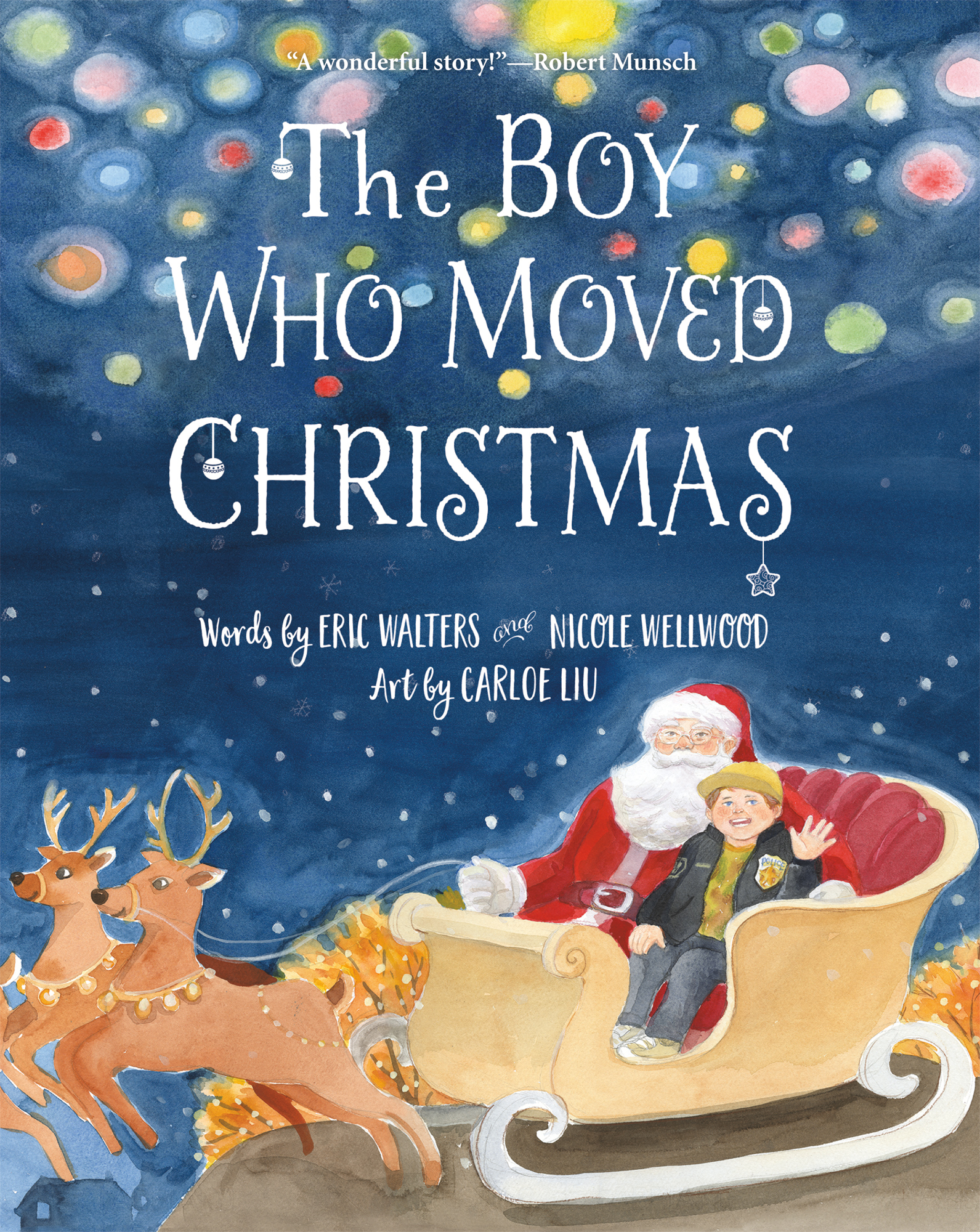 The Boy Who Moved Christmas