“Being around him was like being around a talking dictionary”, said Barry Jean Ancelet about his friend and colleague. Richard Guidry was an author, an activist and a major spokesperson […] 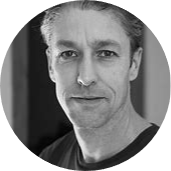 Réjean Roy grew up in Petit-Rocher, New-Brunswick. He studied biology in Québec, where he also took fine arts. After spending ten years in Gaspésie, and a year in the Outaouais […]