Another set of eyes 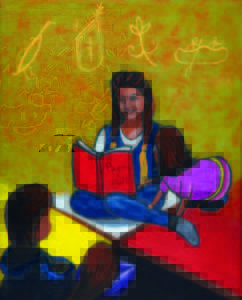 Whitney Moran isn’t sure where or when she first heard of sensitivity reading, but when the term first crossed her path, she immediately recognized it was something she needed to incorporate.

“It was a few years ago, and I just kept hearing this word,” says Moran, the managing editor of Nimbus Publishing and Vagrant Press, “and I kind of looked into it and it just seemed like: ‘We should be doing this. Why haven’t we been doing this?’”

A sensitivity reader is someone with a background in, or expertise relating to, a marginalized community historically depicted from an outsider’s perspective in literature. Such depictions have led to inaccurate and sometimes
grievous portrayals, often unbeknownst to the well-intentioned writer.

Typically, a sensitivity reader is hired by a publisher to comb through a manuscript and provide feedback on the portrayal of the characters and situations they can relate to. Their job is to ensure their community is represented in a way that is not considered harmful, offensive or inaccurate. 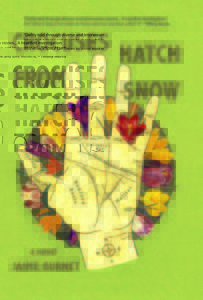 One novel Nimbus hired sensitivity readers for was Crocuses Hatch from Snow. Set in the North End of Halifax, the novel’s protagonist is a young, white, queer woman (based in part on author Jaime Burnet), while the other characters’ backgrounds reflect the historically multicultural community. Part of the text also deals with the former Shubenacadie Residential School.

While writing the book, Burnet drew from her own research and consulted with friends and peers from the Mi’kmaq and African-Nova Scotian communities featured in her story. When negotiating the contract, both Nimbus and Burnet were in agreement about the need for the valuable feedback of sensitivity readers.

The input from both amateur and professional readers was crucial to Burnet’s process. Some of the suggestions included comments about the way residential school violence was portrayed. Others offered insight into family dynamics in different cultures.

Writing is an inherently collaborative process between authors, editors and publishers. The addition of even more creative voices may give the impression there are “too many cooks in the kitchen.” But, when it comes to the number of sensitivity readers employed on a manuscript, writers, publishers and readers agree: the more the merrier.

“I really think you can never consult with enough people from a community,” says Burnet.

“I’m only one lived experience,” says former Halifax poet laureate Rebecca Thomas, who provided feedback on Burnet’s novel. “I can’t speak on behalf of an entire community. I can just give my understanding.”

For Crocuses Hatch from Snow, writers Andre Fenton and Lindsay Ruck both reviewed the text from an African-Nova Scotian perspective, while Thomas and writer and professional sensitivity reader Tiffany Morris, as well as academic and activist Cheryl Maloney, provided comments on the depiction of Indigenous characters in the text.

“You can’t put all that on one person,” says Ruck. “So, it’s nice to know a few people are being used. Someone might catch one thing, and someone could miss something else. If you have those other sets of eyes, it could make a big difference.”

While grateful for the readers’ input, when asked if she felt her story was now more authentic, Burnet believes that’s not her call to make and she answers, “That assessment has to come from people who are from those communities.”

Sensitivity reading is a growing practice among publishers throughout the Atlantic region. It has been adopted not only by Nimbus on titles such as Crocuses Hatch from Snow, Alison DeLory’s Making it Home and Andrea Gunraj’s The Lost Sister, but also by the Fernwood Publishing imprint Roseway Publishing.

For an upcoming fiction release set in the American West, Fredericton publisher Goose Lane Editions sought out a sensitivity reader to review the depiction of Indigenous characters who feature in the story.

“Especially since the Western has a very troubled history of acknowledging presence and also perpetuating stereotypes,” says production editor Alan Sheppard, “we wanted to send it to a sensitivity reader.”

Writers who feel entitled to explore characters and settings outside of their understanding without consulting those from the communities may find the process daunting, but sensitivity reading should also be seen as encouraging for writers seeking to tell authentic stories.

Andrea Gunraj says for the parts of her novel set in the controversial Nova Scotia Home for Colored Children, the support of sensitivity reader Wanda Taylor, as well as former home resident and friend Garnet Smith, was “important, valuable and wonderful.”

“I can write to it more responsibly,” says Gunraj, “and truly reflect it in the way that a reader—any reader—can read it and say ‘hey, this is true.’” ■